This Friday’s Sofasonic Playlist, is brought to you courtesy of Isadora Darke and Jamie Robinson aka IMPATV – a collaborative video and stage production project based at Islington Mill, Salford. 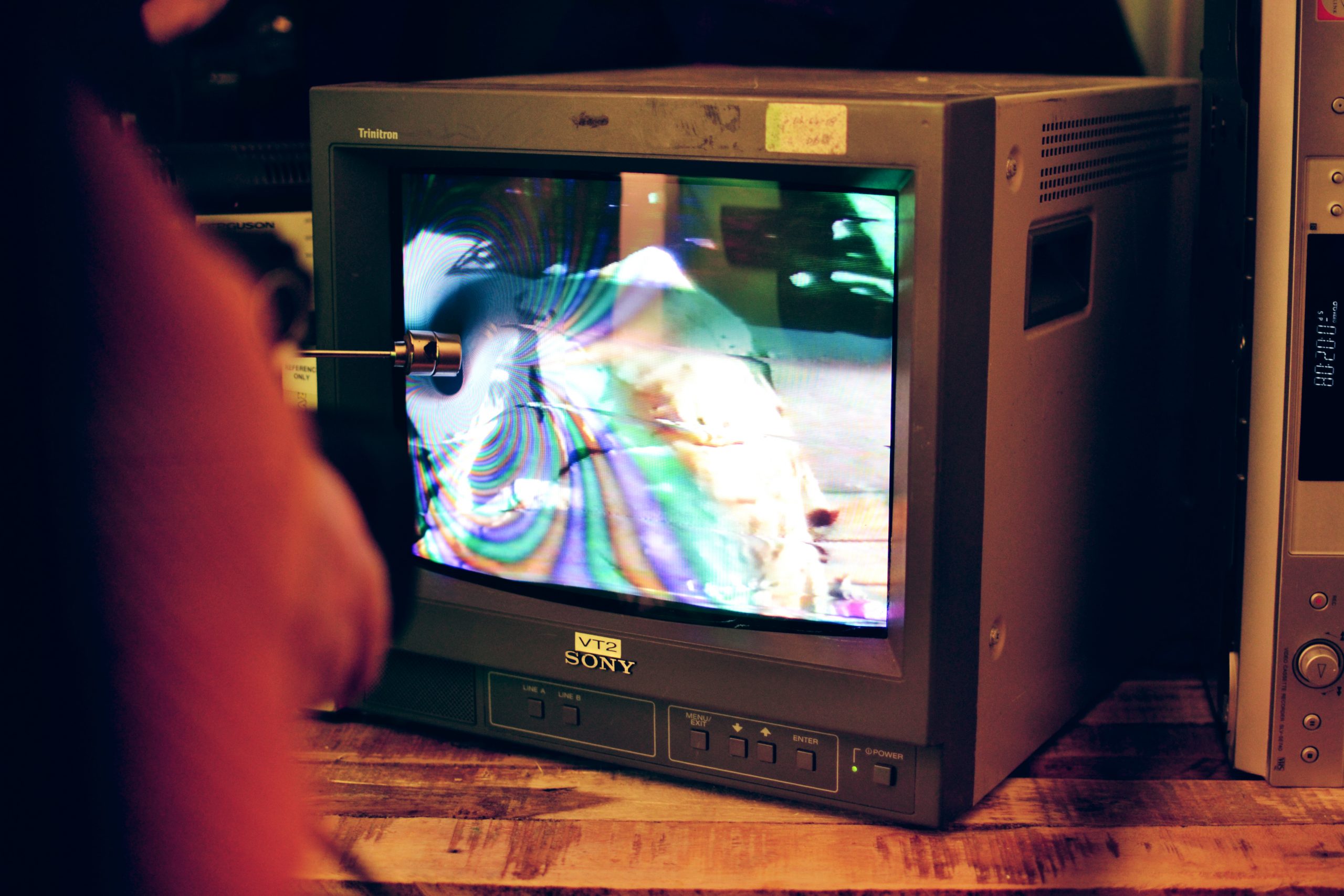 Supersonic have had the pleasure of hosting a wide-range of impaTV’s visual production projects, including WORLDZERO a premiere performance from The Seer & UKAEA at our 2019 festival and ‘Enso-Sone’ a cross-collision with Japanese pysch-noise band Qujaku at the 6th Outlands Tour back in November last year. Most recently, the pair contributed to our online Sofasonic line-up by making three videos for the new relentlessly driving ‘Faca de Fogo‘ album by Gnod & João Pais Philipe, out on Rocket Recordings.

“This playlist is a selection from artists that we’ve seen at Supersonic before, or would love to see in the future
and music that’s given us moments of clarity, helping to stave off the neurosis over the last few months.”
.
.
Take a listen here…

“We’ve been really busy with IMPATV as events turn digital, which has been great for us but we’re really missing gigs!

There has been SOOOO many amazing memories at Supersonic for us… Performing WORLDZERO in 2019 and being roped in at the last minute to be part of the Dennis Mcnett parade. Over the years there’s been an absolutely mind-blowing roster of performances; Lash Frenzy, Hype Williams, Bohren Und Der Club Of Gore, Secret Chiefs 3, Zombi, Master Musicians of Bukakke, Goblin, Drunk in Hell, Thorr’s Hammer, Corrupted, the list goes on…..
.
.
The one that went down in history for us, was way back in 2009, when Sunn O))) played in the Custard Factory ‘swimming pool’ (now filled in) and Scorn played in the warehouse behind, and if you got in the sweet spot under the arches between the two, you got the best collaboration at Supersonic that never actually happened – SCORN O))) in 2021?“
.
.
SHARE: