Following playlists by Radwan Moumneh, Mark Titchner, QUEEF, Gazelle Twin, Matt Ridout & Khyam Allami – this time, we’ve got something a bit different for your listening pleasure… we asked two super-friends, Molly (age 6) and Mabel (age 9) to put together a playlist for our Sofasonic celebrations.

Mabel and Molly both love music, they make up lots of funny and nonsense songs, that can often be quite repetitive in nature! They enjoy music in quite different ways, Mabel likes a song that tells a story or sounds like something i.e “This song sounds like walking through the woods”. Molly loves dancing and will dance to most songs, but she most often remembers songs that she’s heard in a film i.e “I want the one that the Pig sings in Sing”, she’s of course referring to ‘Shake It Off’ by Taylor Swift (this is not an offensive remark about Taylor Swift, for those that haven’t seen Sing, the character that sings it is a pig – she’s very good.)

A brilliant selection for dancing around to – take a listen here…

To choose these songs they looked back at the posters and videos from past Supersonic’s and picked out a few names to listen to – the ones that they liked got added to the list! Of course they’re not all Supersonic alumni, as well as some experimental music, they also love a good pop song! This meant adding in some of their ‘current’ favourites like Elton John & Dolly Parton. Some tracks have also been chosen because of their excellent videos (like Anna Meredith’s Paramour) and some just because well – they just like them (DJ Shadow / Dan Deacon) but the proverbial line got drawn for the Baby Shark song – no one needs to listen to that!

The final song in the playlist is Alice Cooper’s ‘Schools Out’ – an obvious choice for Molly & Mabel, because it is, and it has been, for quite some time!

To all the others not in school – don’t forget our next Kids Gig this Saturday at 11am via Zoom!

Following his pop-up performances at Supersonic 2019, the one-man-band extravaganza, ICHI will perform for the tots as part of our Sofasonic weekend. Expect a set of quirky handmade instrument inventions from this Bristol-based Japanese experimental singer-songwriter – playful, danceable and pure fun! Tickets & more info. 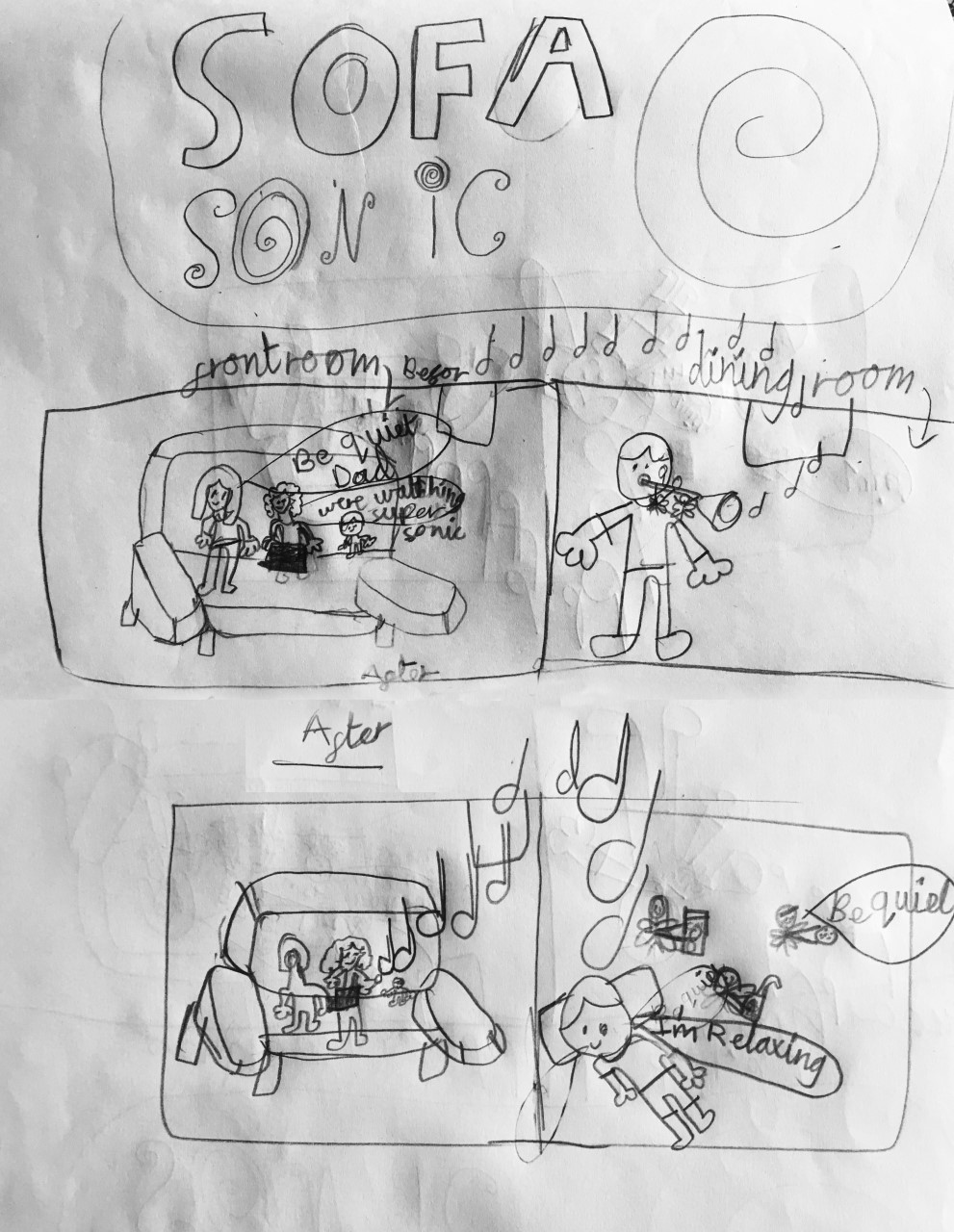