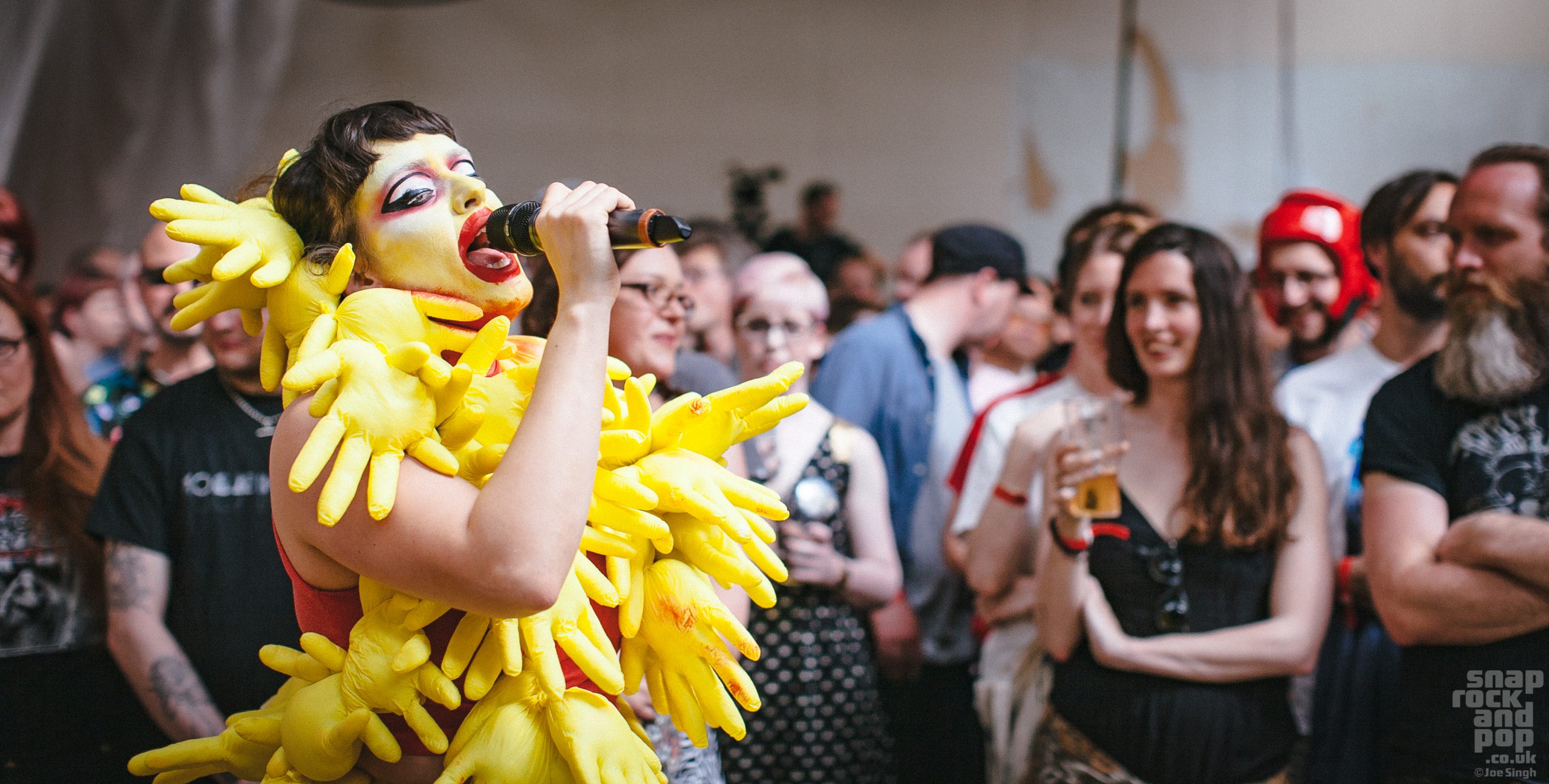 What an audible treat in store! Known in equal measure for her cosmic synth creations and otherworldly costume designs, this week’s selections come courtesy of Supersonic veteran, Natalie Sharp aka. Lone Taxidermist.

Lone Taxidermist is the utterly bizarre and otherworldly, ruptured activity generated by Cumbrian musician, costume maker, skin decorator, performer and natural provocateur Natalie Sharp. We’ve been lucky to have Natalie perform at many a Supersonic in various incarnations over the years, including Trifle – a yellow rubber-gloved entity that intertwined with the depths of sexual food fetishes, BodyVice – a biological and calculated approach to sound art that explored her own experiences of chronic pain and most recently for our online Sofasonic Festival, Rainbow Face – a guided ASMR-tinged make-up tutorial à la Bob Ross.

“LONE Taxidermist is actually a really old name. I’ve been making music under this name for nearly ten years now. I used to collect taxidermy and I was in a band with lots of other people, but we broke up. I went solo and LONE Taxidermist stemmed from that. The name isn’t really that relevant anymore, but it’s a pain to change it. It’s like when you get stuck with an old email address and everyone messages you on that, so you end up keeping it.”

– an interview with The Culture Vulture

Once ranked as Google’s no.1 surreal makeup artist, Natalie has previously created glorious and gory stage, costume and body concepts for Jenny Hval’s European tour and worked live with Gazelle Twin as a performance artist and vocalist.

From our Sofasonic programme, be guided through a self-soothing series of rainbow makeup instructions. During this restorative and educational session, expect to be gently steered by Natalie’s calming ASMR-esque voice. Underpinned by warming delta-wave frequencies, emerge with a beautiful rainbow face of your own creation.

Natalie was recently an artist-in-residence for Aerial – a new festival of contemporary music, literature & performance. For the festival, she returned home to Cumbria, to explore her upbringing through a series of three short films, the result is Marra! A deeply personal reflection on growing up as a first generation immigrant in small town Cumbria, a lucid dream set against the arcane, esoteric rituals and traditions that bubble under the surface of everyday life. The three episodes are available to watch here.