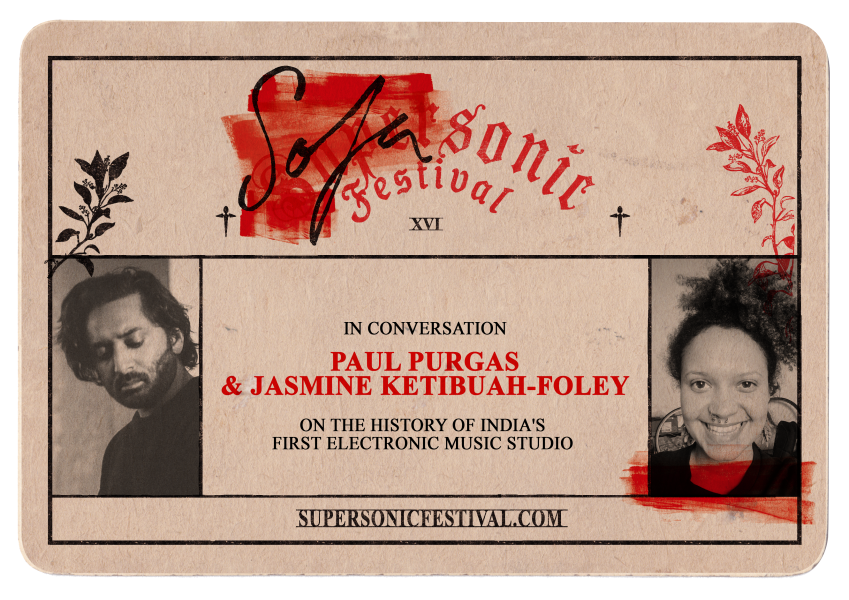 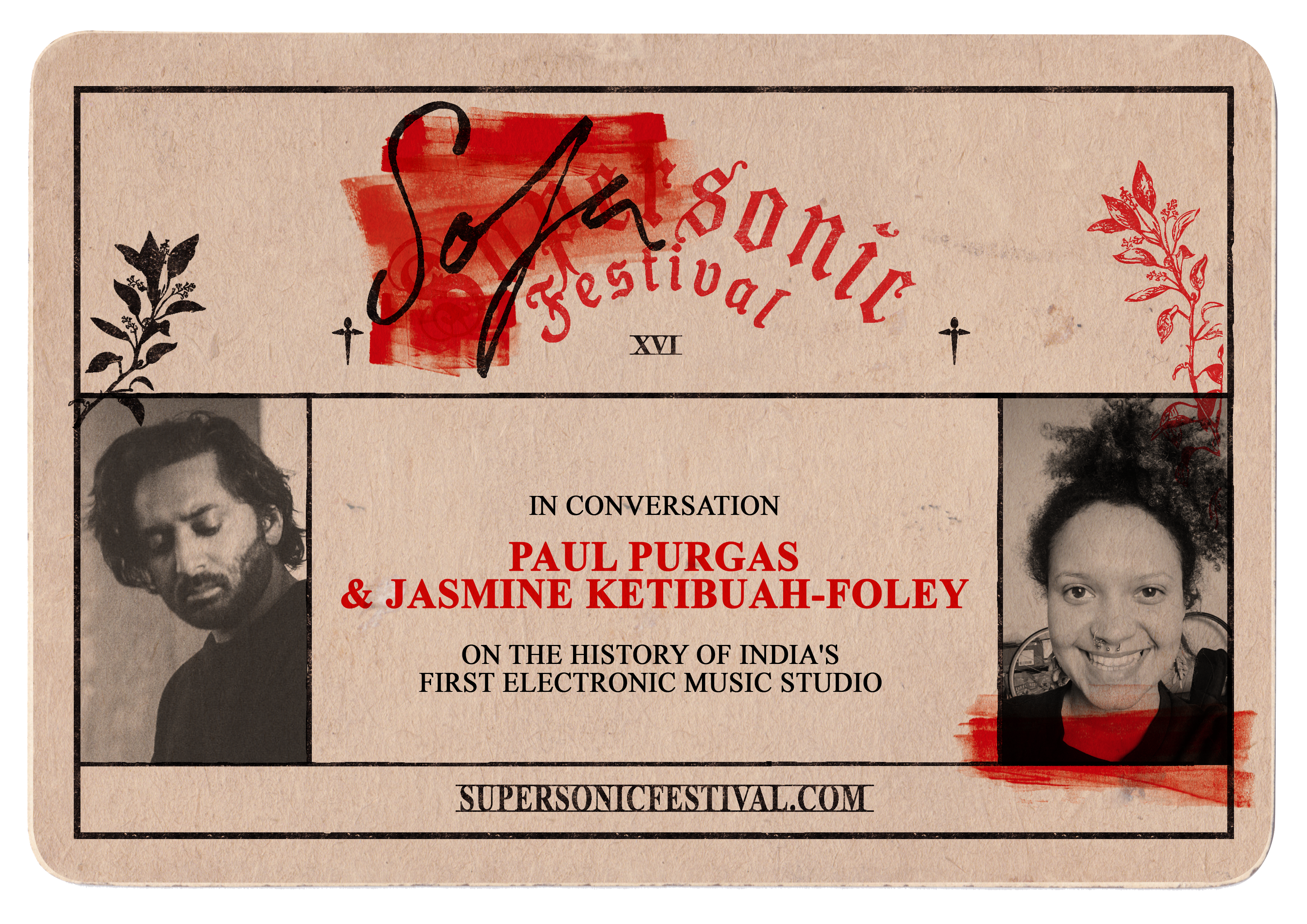 For Sofasonic Festival, Paul Purgas will be in conversation with Jasmine Ketibuah-Foley discussing the history of India’s first electronic music studio founded in Ahmedabad, Gujarat in 1969.

Based at the National Institute of Design and built around a Moog modular system brought by the New York composer David Tudor, Paul will discuss the unique circumstances surrounding the birth of electronic music in India and it’s links to radical education, Modernist design and the South Asian techno-imaginary.

Paul Purgas is a London based artist and musician currently resident at Somerset House Studios. He has presented projects with Serpentine, Tate, Kettle’s Yard and Spike Island and his written output includes essays for the Unsound:Undead collection for Urbanomic/MIT Press and contributions to the critical journal Audimat. He is one half of the electronic music project Emptyset working with electroacoustic and computer music, broadcasting and spatialised sound, presenting commissions with the Architecture Foundation, David Roberts Art Foundation and Tate Britain’s Performing Architecture programme with recent performances including Sonic Acts, Unsound and Berghain for CTM/Transmediale 2020.

The host, Jasmine Ketibuah-Foley (aka Jazz) is a broadcast Journalist and Presenter based in Bristol. She hosts a variety of music events, works with both BBC and community radio stations and is also as a Black and Green ambassador, challenging diversity in the environmental movement.