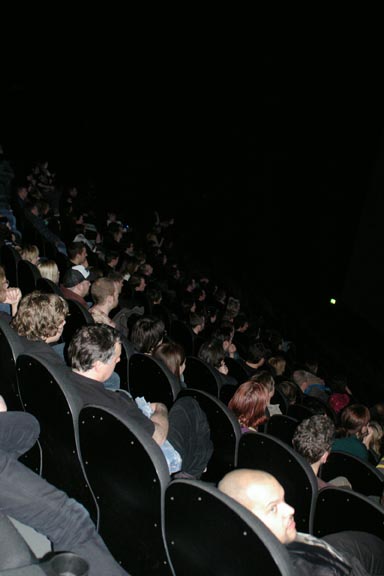 Ladies and gentlemen, air-guitars at the ready. Heavy metal was
Birmingham and the Black Country’s gift to the world, and tonight
the gift will be returned.

Sam Dunn is a thirtysomething anthropology student and
self-confessed headbanger from Toronto. In making this film he
travelled through the blood and guts of the metal community,
talking to fans, kneeling at the feet of legends, stage-diving, and
on the whole having more fun than any documentary-maker is strictly
entitled to. What makes Metal such a joy to watch is Dunn’s
infectious pleasure in this much-derided music.

The film does touch on the movement’s dark side, including the
Norwegian death metallers connected with a series of
church-burnings, but on the whole this is a film about metal as a
force for good – most clearly in the 80s footage where we see Dee
Snider (of Twisted Sister) in front of the US Senate, persuasively
defending his spandex tribe from Tipper Gore’s concerned parents
campaign. Other advocates include Bruce Dickinson from Iron Maiden,
Lemmy from Motorhead, and Alice Cooper.

Star billing, however, should be reserved for guitarist Tony
Iommi, too often eclipsed in recent years by his Black Sabbath
colleague Ozzy Osborne. Sat back in his Warwickshire mansion, Iommi
talks with beguiling honesty about growing up in Aston, about
overdoing it in the 70s, and about Sabbath’s fondness for
crucifixes.

“Superbly crafted documentary is strong enough to make believers
out of non-metalheads, and inside enough to get the devil’s-horns
salute from the most diehard followers.” – Variety
Part of the Flatpack Festival, an unholy mishmash of shorts,
animation, music docs and live events in venues around Birmingham
from 19-22 January 2006.