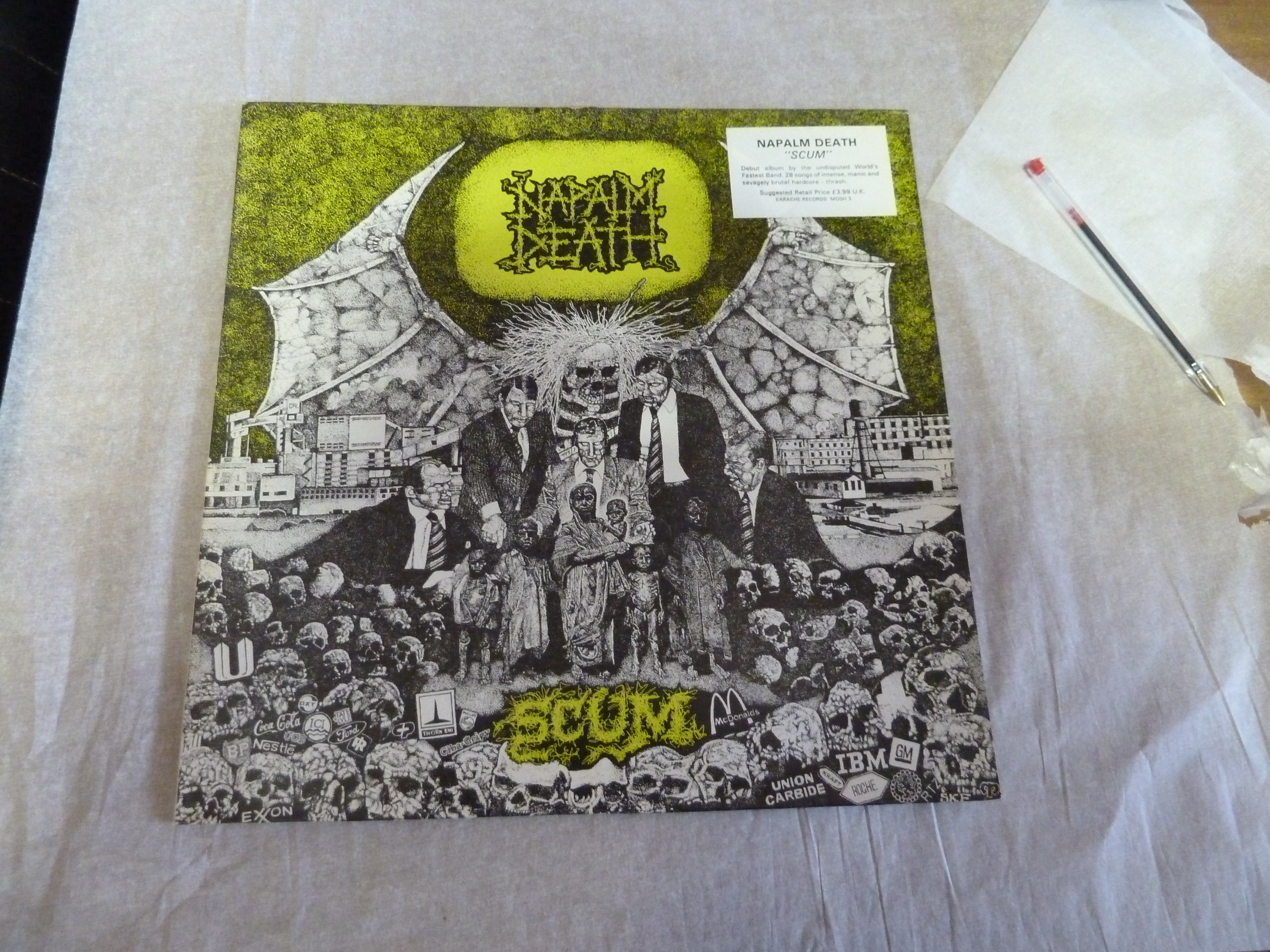 This year marks the 30th anniversary of Napalm Death’s infamous Scum album.  At the time of its creation, Punk had already burned itself out but the ethos had been etched into the worldview of a large proportion of disaffected youth. The band preached a message of personal and social responsibility, they shouted their vision of an anti-capitalist, anti-authoritarian society from the stage and implored their fans to start putting on their own gigs and set up record labels in their bedroom. Fans started tape labels and edited their own fanzines. The overarching message was to Do. It. Yourself.

In sleepy Meridan, two teenage punks were making notes. Yet another new form of Heavy Metal was about to be unleashed. By the mid-1980s, the Mermaid in Sparkbrook played host regularly to a parade of Anarcho, Hardcore and Punk. One band that almost appeared to hold a residency at the venue were Napalm Death, who were quickly developing a signature sound.

Grindcore, as it was to be known, was unlike anything previously heard before Incomprehensible screamed and growled vocals were laid atop distorted, downtuned guitars in a race to the finish line against a newly formed style of percussive aggression – the blast beat. Napalm’s 1987 debut album ‘Scum’ was immediately picked up by legendary DJ John Peel, championing not only the band but also the sub-genre as a whole.

This year marks the 30th anniversary of Napalm Death’s infamous Scum album. In homage to the masterful Grindcore scripture, Supersonic 2017 hosts a special performance by Nicholas Bullen, originator of Napalm Death, alongside sets from artists continuing to make reference to Grindcore: Melt Banana, Art of Burning Water and PCM.

This poignant anniversary offers a moment to explore Punk/DIY culture and its effectiveness for social change. 30 years on, how does the ethos translate to music and art today? What impact does anger in art have, if any? Who uses this anger and why?

Our Supersonic Talk aims to further discuss these questions. Including a panel made up of Journalist Jamie Thomson, Khyam Allami of Nawa Recordings, Big Joanie and co-founder of Napalm Death Nicholas Bullen, chaired by Nancie Beenie.

“From New York to Jakarta, punks have long fought for their rights to the city. But just how much have they achieved – and will we ever see a mohawk in City Hall?” – read THE GUARDIAN article by Jamie Thomson

“For art/culture to move you it needs to be risky and fearless, but I believe that fearlessness is a privilege.” – Khyam Allami