As our team are currently working from home, they will be posting out merch less frequently. Please allow up to 14 days for your order to arrive. Thank you for your patience.
Back to 2012 Line Up
Sat 20th October 2012
This is an archive item from Supersonic 2012 Theatre 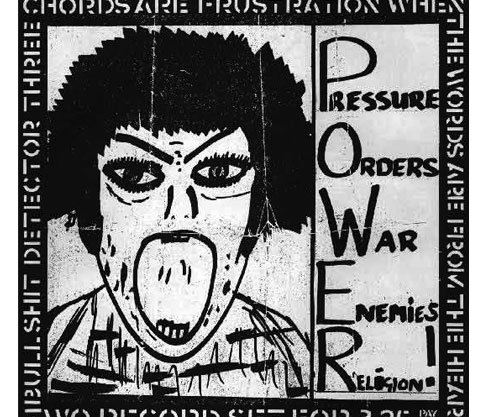 A sneak preview of the collaborative documentary which examines the cultural significance and legacy of the legendary CRASS Records compilation album releases (1980-1984) and which explores synergies between these and the Imperfect Cinema project.

The CRASS ‘Bullshit Detector’ compilation albums were DIY in ethos and were absolutely not concerned with traditional ‘production values’ as a criterion for exclusion or inclusion, but rather the sentiments and ideas expressed within each recording.

No two tracks on these compilations are the same, many utilising home recording technologies and improvised instrumentation. This was nothing short of groundbreaking, as by eschewing a traditional ‘industrial’ production value system, CRASS actually provided a venue for participation which valourised experimentation, resourcefulness and individual expression. In rejecting the codes and conventions of the ‘professionalised’ production value system, the Bullshit Detector compilations gave voice to those whom otherwise might have never have had their ideas and actions disseminated to a wider audience.