As our team are currently working from home, they will be posting out merch less frequently. Please allow up to 14 days for your order to arrive. Thank you for your patience.
Back to 2011 Line Up
Sun 23rd October 2011
This is an archive item from Supersonic 2011 Space 2 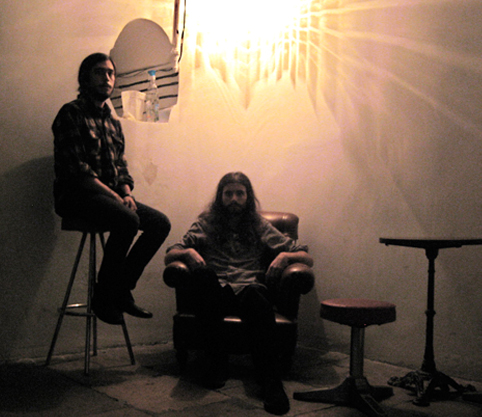 Formed in 2006 by Jon Porras and Evan Caminiti, Barn Owl use their guitars to paint broad musical strokes on a canvas stretched between the framework of ambient, drone, americana, and black metal. In 2010, this unique blend of stylistic references coalesced into their debut Thrill Jockey release, Ancestral Star, an album that marked the evolution of the Barn Owl sound intro something wholly their own, transcending the sum of its influences. The arrival of Ancestral Star fostered comparisons ranging from Sunn O))) to Ennio Morricone, often within the same critique.

The new material on Shadowland takes inspiration from the devotional sounds of Popol Vuh and Alice Coltrane and also possesses the pitch black weightlessness of Fushitsusha and early Tangerine Dream. With waves of guitar soaring over liquid synthesizers tones, Barn Owl combine lush, melancholic serenity with cacophonous, deconstructed guitar to exhibit a visceral meeting of light and dark.