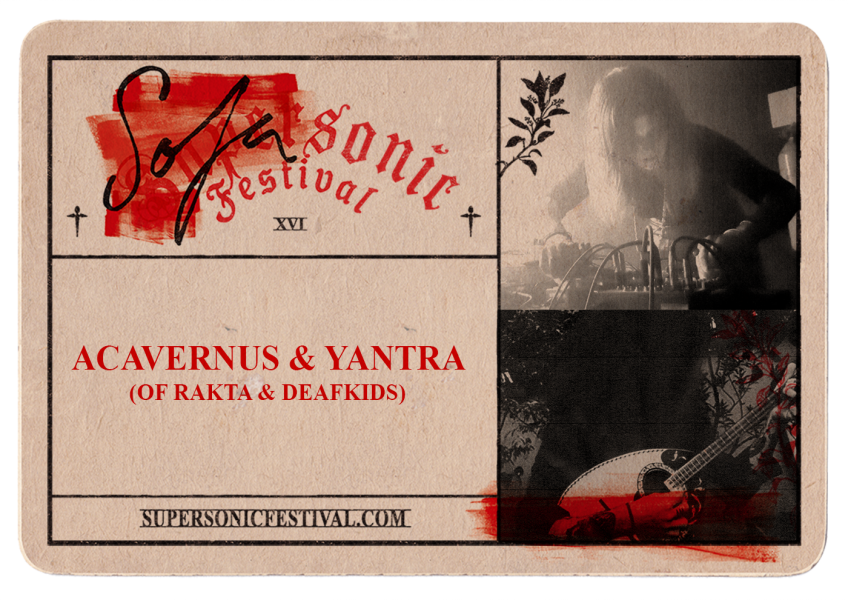 From the São Paulo experimental underground, Acavernus & Yantra are a musical duo who create music that is both dense and introspective, intuitive and exploratory, minimalist and challenging.

Together, the respective artists fuse dark ambient, noise, ritualistic percussion & electronica – this is visceral ghostly music that evokes an ancient past.

ACAVERNUS is the constantly evolving solo project of Paula Rebellato (RAKTA). She treats sound as an experiment, both the intuitive and the rational walk together in a process free of resistance to the tragic exercise of freedom – what could be an error becomes a new path.

YANTRA is the solo work by Douglas Leal, founding member of the Brazilian psychedelic punk trio DEAFKIDS. Inspired by modal music and the sounds of the roots of the world, this project emerged in mid-2015 as a psychedelic and meditative audio-visual outlet for experimental/home-recordings, but has since evolved into live collaborations and improvisation sets with many different artists from São Paulo, Brazil.

Acavernus and Yantra are about to release “Gnose”, it’s first album on LP as a collaborative record, via Buh Records from Peru.