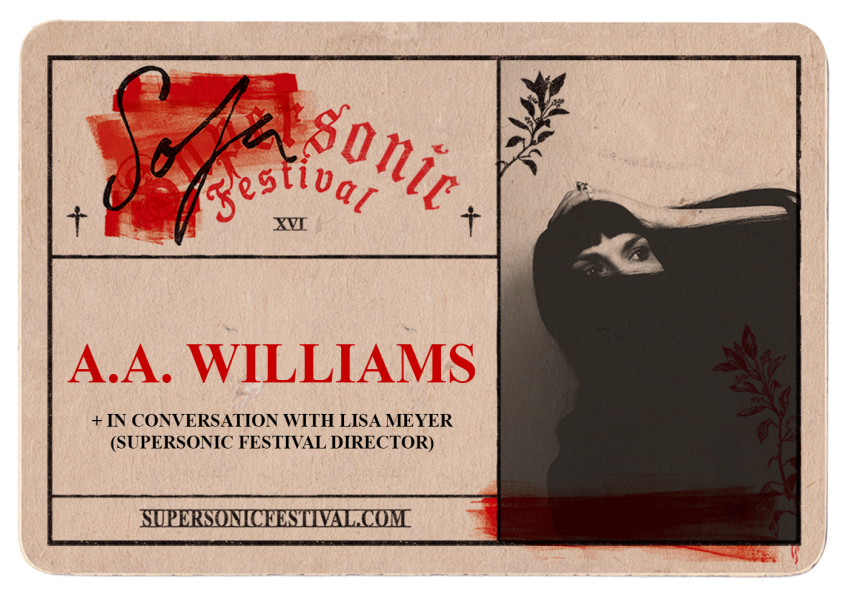 For Sofasonic Festival, death-gospel maverick A.A. Williams performs a stripped back solo version of ‘Terrible Friends’ from her debut self-titled EP, recorded at home in London during lockdown.

A.A. Williams crafts melancholic sounds submerged in a Gothic influence, we were eager for her full band performance at Supersonic 2020, but in its place we are lucky to experience an intimate, exposed mini-set from the songstress who proves ’heavy’ doesn’t have to mean ‘loud’.

“I was so looking forward to being a part of Supersonic’s line up this year – after it’s postponement I was delighted that they asked me to be involved with their online events programme instead.

Terrible Friends is a song about vulnerability – about longing for a weight to be lifted whilst accepting the reality that it probably never will. I’ve only ever performed this song in this stripped-down arrangement once, at my debut headline show in March this year. I think the song translates so well to piano and voice, the minimal opening really lets the text be at the forefront, while shifting guitar melodies over to the voice really adds some dynamic and contrast.”

‘Forever Blue’, the debut album from A.A. Williams, was released via Bella Union on July 3rd.