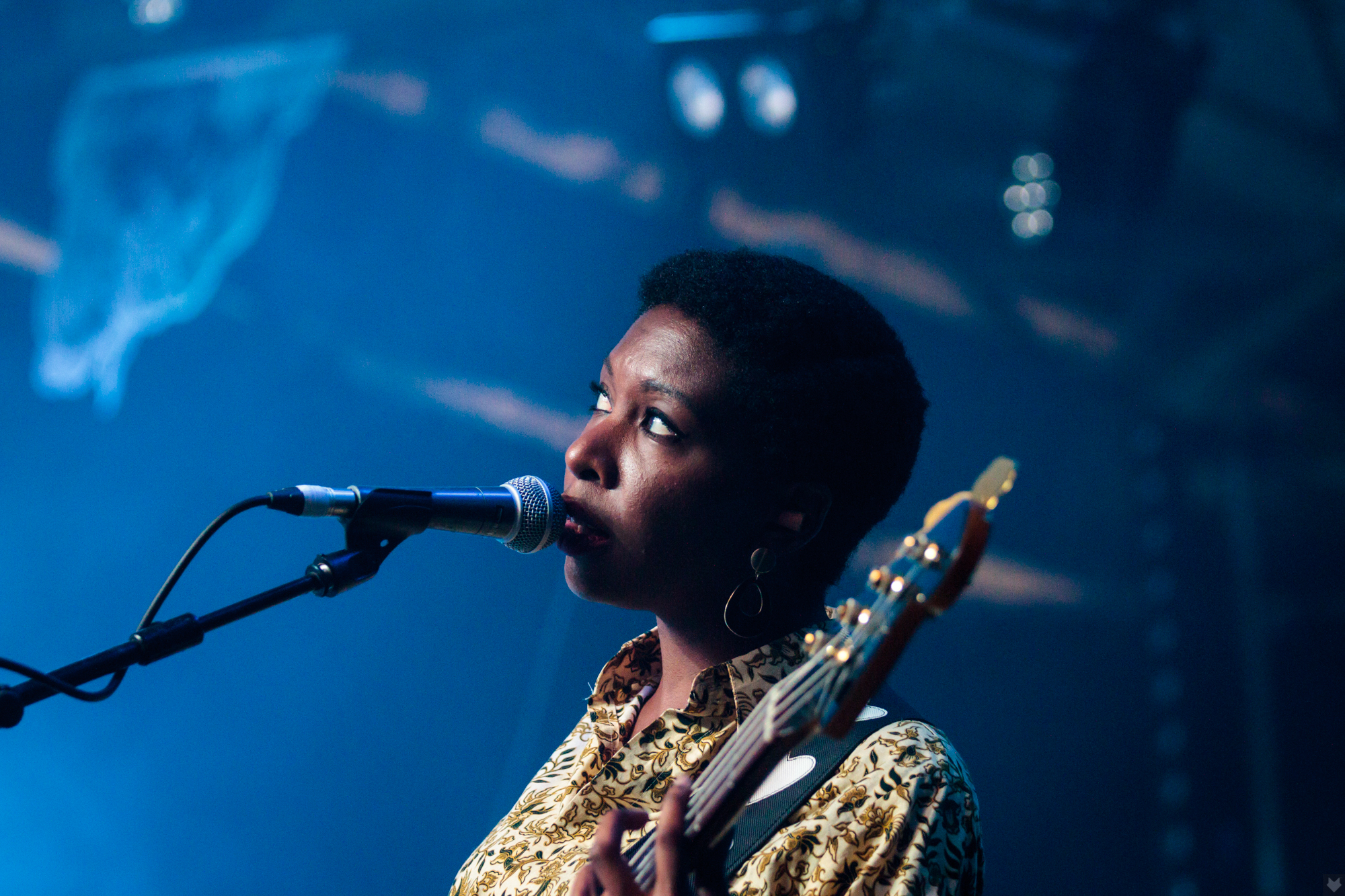 We’re chuffed that Bandcamp will waive its fees on the first Friday of the month for the next three months in support of musicians during the Covid-19 Pandemic. This means 100% of profits go to straight to Bandcamp artists for 24hrs, many of which have recently had tours, festivals and shows cancelled.

This is an opportunity to support lesser known artists. That album you listen to all the time on Spotify? If you’re in a position to – GO BUY IT. A lot of us creatives are going to be treading water in these uncertain times, but a tenner going to an artist you love can be a meaningful way to show your solidarity and support.

SUPERSONIC 2020: “THE GREATEST LINE-UP THAT COULDN’T BE”

KLEIN
London’s Klein creates an R&B-tinged sound – a patchwork of erratic cut-up, pitch-shifted and contorted phone recordings of her voice, piano and guitar, paired with samples from childhood Nigerian movies.

HARRGA
Spitting fire and fury, this duo’s tangible compassion for ‘Harragas’ (people who cross borders illegally) is present throughout their obscure noise-design, conjuring seething visions in the form of contemporary industrial music.

ALGIERS
In the true spirit of rock ‘n’ roll, this fast-paced four-piece from Atlanta douse their distorted anthems in a sound-concoction of raw-blues, gospel and industrial.

PET BRICK
Melting noise and crushing electronics paired with grinding drum violence results in a festering pile of sonic terror that has to be heard to be believed.

OOZING WOUND
Equal parts sludge and thrash to noise and riff-loaded rock, these nihilistic pied-pipers will make us laugh our way to the apocalypse (although it seems we’re already there!)

CURL
The London based DIY label, CURL is a collective based in London, showcasing progressive, post-genre experiments. Features Mica Levi, Coby Sey and Brother May among others…

ORCHESTRA OF CONSTANT DISTRESS
The gruesome bombardment of destructive noise rock from Orchestra of Constant Distress is so harsh, so fierce and utterly grinding. Members of The Skull Defekts, Union Carbide Productions, Brainbombs and No Balls are joined in assemblage of catatonic sounds, obstinate riffs and rigid rhythms.

LANKUM
Close vocal harmonies, instrumental interplay and dramatic storytelling pin you to the ground and revive the spirit. With a diverse set of influences as disparate as Sunn O))), they show that folk music can be angry, progressive and is still a vital force today.

RICHARD DAWSON
Amongst shambolic guitar-driven arrangements, this modern-day storyteller delivers poignant songs that uncover an island country in a state of flux; a society on the edge of mental meltdown.

PUCE MARY
Expect an unrelenting sense of dread and coldness from the penetrating avant-garde electronics of this Danish sound-artist.

RAKTA
Psychedelic textures of synthesizers and effect pedals emanate above solid basslines and heaving drums from this Brazilian duo.

J. ZUNZ
The new solo project of Mexico’s Lorena Quintanilla, is purely hypnotic. Within a thick atmosphere of an experimental post-punk sound, wonky synths and haunting melodies shine through via cold repetitions.

SEX SWING
Terrifyingly visceral, Sex Swing create music that can be likened to the haunted clangour of a faulty air conditioning unit that lurks in an anonymous office building.

BLANCK MASS
Benjamin John Power from F*ck Buttons has created an album to channel the horrors of the surveillance state and the creeping dread of everyday life into the most aggressive music of his career.

GNOD
Pysch-noise collective Gnod are Krautdrone rockers who’ll take you on a trip to Saturn via Salford.

JOÃO PAIS FILIPE
This drummer/percussionist, sound sculptor and cymbal-maker from Porto explores the acoustic properties of the instruments he makes.

ROBERT AIKI LOWE
This composer/performer’s work ranges from hypnotic solo modular synth and voice explorations as Lichens, to acting, composition for film and playing in Om.

THE BODY
They create a volume of sound almost unfathomable from a duo and are unaffected by instrument choice: guitar and drums, or keyboard and synthesizers.

HEY COLOSSUS
Forging a completely idiosyncratic combination of power, control, tenderness, miscontrol and more power, Hey Colossus acutely channel the best of your record collections and spit them back out.

HARESS
Haress consists of the core guitar duo of David Hand and Elizabeth Still, based in the Shropshire Hills where they organise the amazing Sineater Festival and  run the DIY record label Lancashire & Somerset.

TOMAGA
Multi-instrumentalism that morphs through industrial, jazz, psychedelia and minimalism, on it’s way to somewhere wholly other.

DANIEL HIGGS
“The pleasure of following Higgs…lies more in where he takes you than how he gets you there.” – Pitchfork

BIG JOANIE
Bold, catchy and arresting, Big Joanie make powerful music whilst creating a continuum for Black punks by presenting strong, powerful visions of Black womanhood and talking about the Black punks who came before them.

GUTTERSNIPE
Guttersnipe’s songwriting is impossible to pin down. It skitters from one irrational idea to the next like some piece of absurdist theatre. And yet through all the hideous racket they create, they show a greater creative purpose than just making noise for noise sake.

MOOR MOTHER
Her music is often harsh, confrontational, projecting both the cathartic anger of punk and the expansive improvisatory spirit of Sun Ra into an output that is consistently grounded in a sense of history and story-telling.


ICHI
From Nagoya in Japan, ICHI takes the notion of a one-man band to new limits, combining his quirky handmade instrument inventions.

SOFA KING
Birmingham based experimentalist Sofa King, is the musical output of pop-obsessed transgender individual Dianne Burdon. She treats reverb and feedback like a chemical formula.