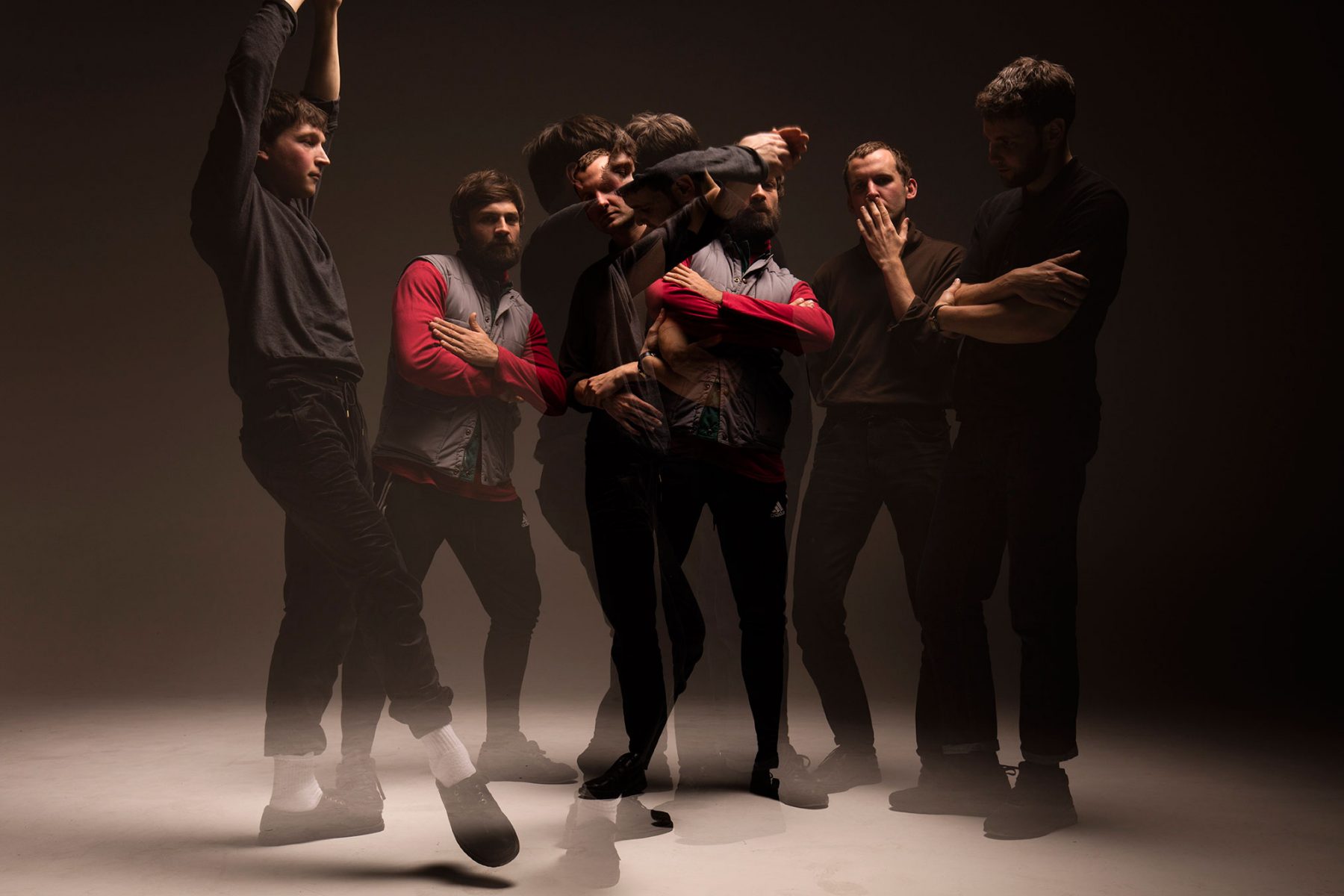 “In sonorous inebriations, Housewives tatters mental matter into an oblivion, from minimalist punches and strokes, and a full on assault of sonic permutation.” – Tiny Mix Tapes

HOUSEWIVES, a London based experimental four piece, create music which straddles the line between noise and sound. Austere and rhythmically charged, their music has a distinctively cold, minimalist edge; abrasive guitars blend with droning bass lines and propulsive, relentless drums.

Housewives have gone way further than the majority of their scene in changing the game for themselves, and in doing so have gained major plaudits from the independent music press and the British scene as a whole. After a sold out tape on Faux Discx they released their debut album Work with Hands In The Dark, Blank Editions and Negative Days. A split release with touring partners Massicot was shortly followed by a second live album FF061116 released with Rocket Recordings in August 2017.

Their music abandons any conventional algorithms of sound, and in turn take a piece from full-scale conversation into a minimalist dialogue between just a few instruments, musical passages, or ideas. They demonstrate a careful love for detail, creating intelligent, smaller sound structures which powerfully deliver. They serve as a great reminder of what a powerful weapon rhythm can be when approached in a really creative and unorthodox manner.

“Their rough-hewn rhythmically charged music has a distinct cold, minimalist sheen, but dealt with the heft of a sledgehammer. Dueling, abrasive guitars hit the ears like glass shards atop growling bass grooves and propulsive, tightly wound drums” – Manchester Wire

Their live approach is anti-performance, using a stark and minimal aesthetic coupled with intense and powerful compositions. Often using home made instruments, they explore unique sonic textures creating a challenging and progressive sound.

It’s the kind of music you listen to after a long bad day; music that will propel you into an infinitely better night. BE SURE NOT TO MISS THEM AT SUPERSONIC FESTIVAL THIS YEAR.