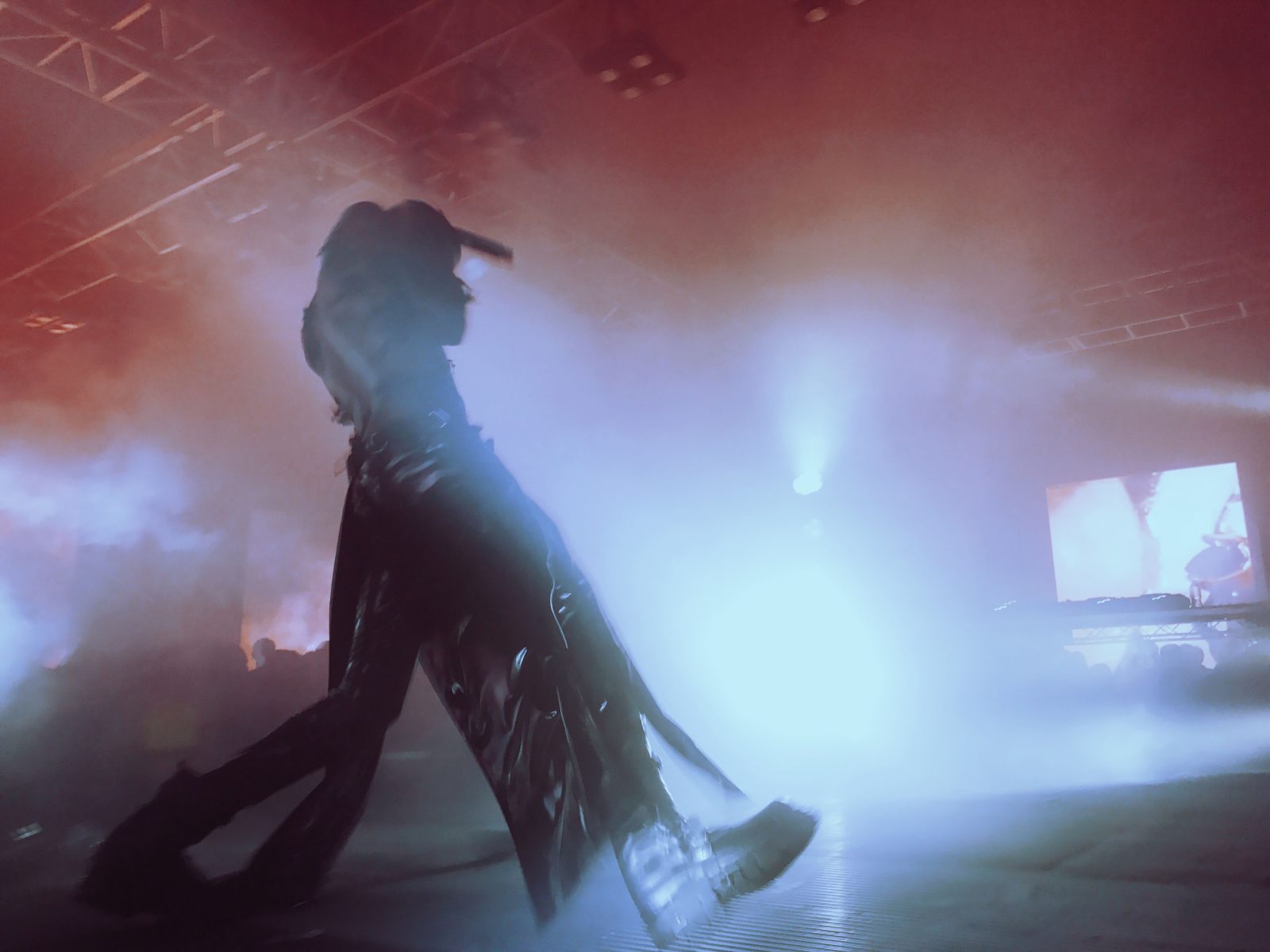 Yves Tumor is the inspired and impenetrable persona of artist Sean Bowie, a conduit for a distinctly bold aesthetic upon which his reputation for charged live performance has been built. This year, he brings to the Supersonic stage an equal reverence for light and dark, denying the self it’s longed for coherence and focusing instead on anonymity, adaptation and transformation.

“I like setting moods…I’m never consciously trying to make a harsh song, or a dreamy song, or a noisy, disgusting song – it’s more a mood I want to translate.”– Yves Tumor for Dazed

Everything about Yves Tumor is marked by an uncanny allusiveness. It veers between harsh and abrasive to soft and tender, with even the most beautiful of compositions being jolted by a cold scraping of unfitting sound. He is committed to a mystique, edging, shifting, and ultimately detonating the boundaries of electronica, soul, rap and rock music into a liberated wilderness of intrepid pop.

Raised in Tennessee, Yves’s venture into music acted as a means of escaping what he alludes to being ‘dull’, ‘conservative’ surroundings. Following a move to Los Angeles he met rapper and performance artist Mykki Blanco, a perfect fitting of artists with whom Tumor found a kind of synergy, being affiliated with Blanco’s Dogfood Music Group before releasing his chilling full-length Serpent Music on PAN in 2016. His signing to Warp Records came after the surprise release of his latest album Experiencing the Deposit of Faith, an ethereal, uncanny expression of the artist through found sounds.

Yves Tumor impresses a chaos that is at once memorable, unquantifiable and signature to Bowie’s genius, creating a brave narrative which transcends existing definitions of sound and culture for all to discover.

Get a taste for Yves Tumor’s enchanting performance for yourself below. TICKETS FOR YVES AND OTHER SUPERSONIC ARTISTS AVAILABLE HERE.