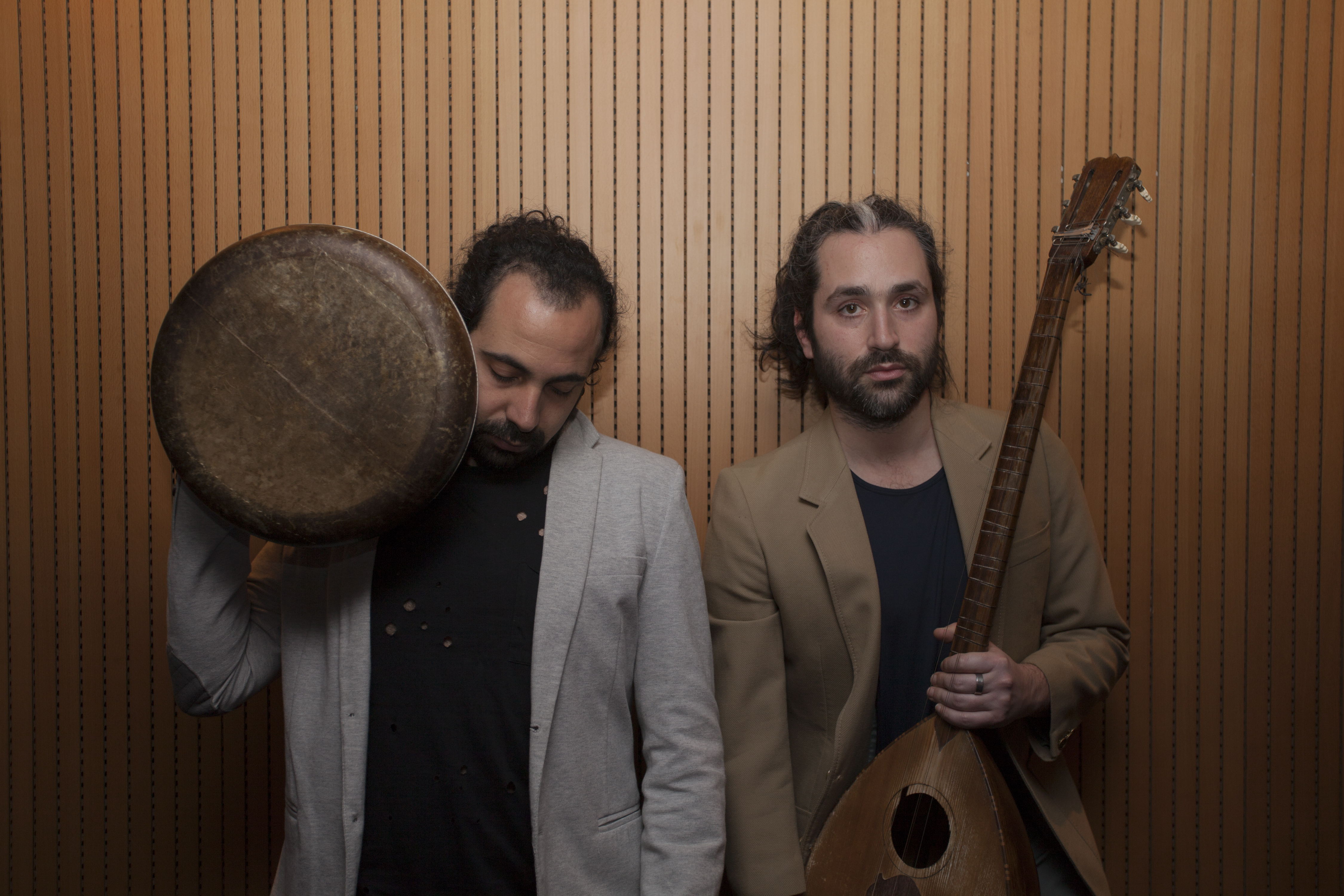 Two Or The Dragon was created by Beirut based musicians Abed Kobeissy (Buzuq/Effects) and Ali Hout (Percussion/Effects) as an expression of their common interest in urban sounds and Arabic music. This project tackles Arabic music’s capacity to express urban soundscapes, and its predisposition to express violence, as a local aesthetic in the region. This interest was sparked when Kobeissy and Hout began to compose music as a duo for contemporary dance and theatre performances, as well as several film productions.