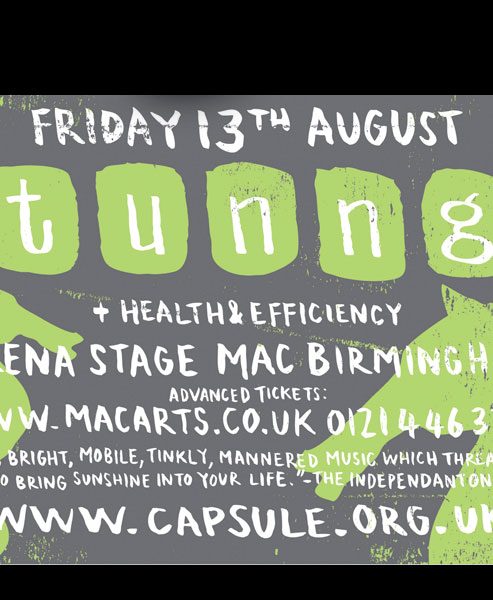 Twisted pop wonders Tunng hit the Arena stage this summer. Performing songs from their new album called…And Then We Saw Land. The band have been on adventures both personal and shared, which have helped shape Tunng’s approach to their album.

Full of adventurous spirit…And Then We Saw Land is the first Tunng album to take more than a year to write and produce, it’s packed with big choruses and joyful tunes. “We wanted to make a record that would be a great live set,” says Mike. “My friend described it as ‘Epic Folk Disco Brass Magnificent,’ and I’m not sure you could call any other Tunng record that.”

Tonight’s Arena gig is the latest stop on Tunng’s adventure and it promises to be full of colour, character, joy and optimism.

Health & Efficiency – Their music traverses an encyclopaedia of influences; psych, folk, no wave noise and electronic perhaps being some of the more predominant. They utilise banjo, two basses, two guitars, synths, samplers and more effects and loop pedals than it’s reasonable for one band to need.