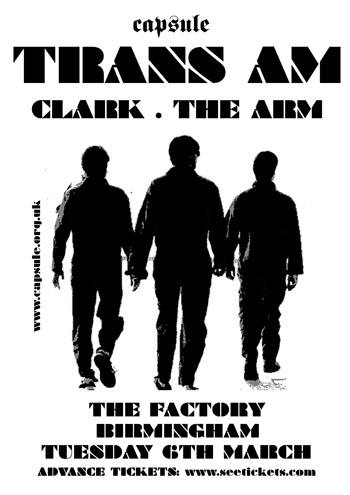 Formed in 1993, Trans Am remains the trio of Nathan Means (bass, keyboards, vocals), Phil Manley (guitar, keyboards, bass, vocals) and Sebastian Thompson (drums, vocals, bass, guitar, programming). Over the course of six albums and three eps, Trans Am have pleased and confounded critics with their ever-changing music style. From their most Deutsch-influenced self-titled debut to Futureworld, their 80’s inspired super-synth pop tunes (about 2 years before it was cool) to the raw rock of Red Line, their musical style has always varied.