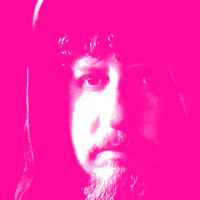 Tim Wright – UK
Tim Wright is a musician, composer and video artist based in York. He is perhaps best known as a producer of peculiarly individual electronic dance music released under his own name and the pseudonym Tube Jerk. His music has been released by some of the key labels in the field including Tresor, Novamute, Sativae and GPR. His recordings in the early 1990s as Germ for GPR are considered to have been pioneering in the then nascent IDM scene. Innovative and uncompromising, surreal and often disorientating, Germ offered glimpses of possible musical futures which have never been fully realised.
In recent years Tim has in some respects returned to his experimental roots and has been exploring generative and algorithmic approaches to audio visual composition.
http://www.myspace.com/tubejerk