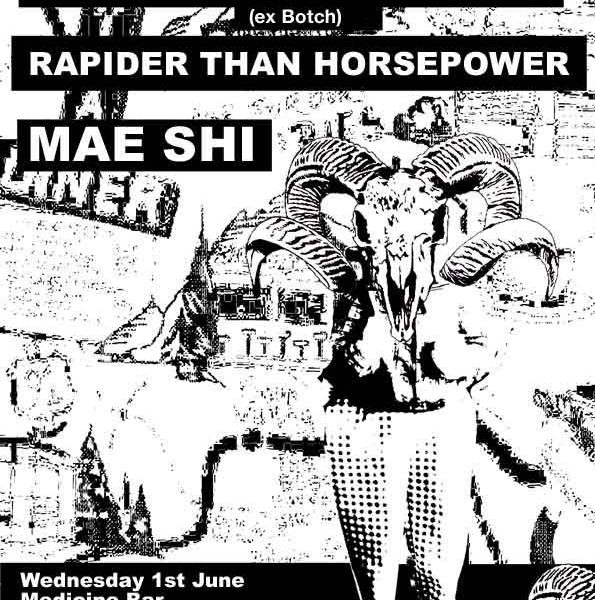 Born of the ashes of seminal art thrashers Botch and Minneapolis punk heroes Kill Sadie, Seattle’s These Arms are Snakes are fast-becoming an integral part of the Pacific Northwest’s ever-dynamic musical fabric. Employing sinister guitar licks mixed with equal parts snarly vocals and a pension for spaced out musical long form – has painted the buzz heavy Snakes as anything but conventional. The band has toured endlessly, plastering both coasts with their livid live shows and with their eyes squarely focused on progressing and challenging all the current notions of hardcore, These Arms are Snakes are now poised to take their game to the next level – bringing all the passion and promise of their previous endeavors to splendid completion.

RTH are members of racebannon and rep seki and come from
Bloomington,Indiana.They are playing some geeky avangarde post punk
influenced by bands like captain beefheart,pavement or les savy fav,but do
not sound like any of these bands at all.They do not sound like ANY
band.This is new,this is wild,this is poppy,this is just great !
MAE SHI toured with RTH across the Usa and became good friends of
them.Both bands will tour Europe between the 12th may and 12th june 2005 too.MAE SHI are from Los Angeles and play surprise music and are just influenced by homemade mixtapes and mainstream hip hop as they are by fat day or the ex.None of this X meets Y shit is gonna work though,because MAE SHI is a band that you will listen to more than talk about