Due to the global health concerns related to Covid-19 our team is working from home.
We are very grateful to those of you that want to support us by buying merchandise but be aware that you may not receive your items for up to 14 days.
Back to 2014 Line Up
Sat 31st May 2014
This is an archive item from Supersonic 2014 Theatre 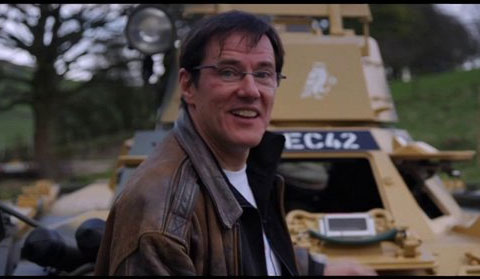 Over the past two years, Quietus co-editor Luke Turner and director Ethan Reid have wandered the UK making a series of films about the non-musical habits and hobbies of some of The Quietus’ favourite cult musicians. We love them for their art, but what do these people get up to in their spare time, and what can we learn about them from it?

Premiering at Supersonic 2014 are two short films from this series, Steve Ignorant needs no introduction: a righteous son of Dagenham, he was the voice of Crass for years, and with new band Paranoid Visions continues to fly the flag for no compromise punk rock. It’s an attitude that extends to every area of his life – now living in North Norfolk, Steve has managed to find himself on the crew of an autonomous, non-RNLI lifeboat. You might not ordinarily associate indie rock with the macho rough and tumble of American Football, but Alan Sparhawk is a lifelong enthusiast for and player of the sport.