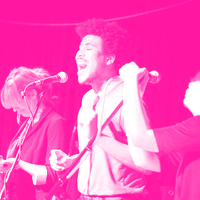 The Memory Band play music and songs from The Wicker Man

As a tribute to the magical work of Paul Giovanni and friends The Memory Band will be performing songs such as Gently Jonny, Willow’s Song, Corn Rigs and many more from the soundtrack to the classic 1973 film The Wicker Man, The musical line up will be the usual Memory Band alignment of talents both known and emerging led by producer Stephen Cracknell.

From the county of Rutland comes young guitarist and singer Sam Carter whose second album “Keepsakes” is being released in August. From the heart of Wessex we have Sarah Scutt a multi-instrumentalist and our musical arranger recently returned from touring with James Yorkston and Lisa Knapp. From The Accidental whose album “There Were Wolves” was released  last year we have London born singer and video-maker Hannah Caughlin. Also singing with us all the way from Sunderland is Jess Roberts who as well recording tracks for the next Memory Band album is recording her own solo album. Long-time Memory Band member Rob Spriggs and his fiddle are on board as is Quinta who released her own solo album “My Sister, Boudicca” this year and has also worked with the Penguin Cafe Orchestra, Bat For Lashes and Orphans and Vandals.