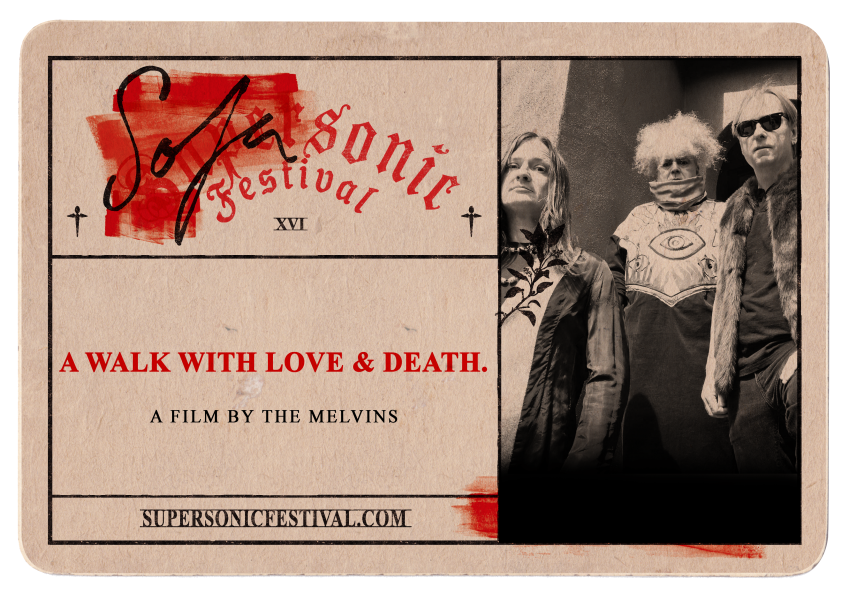 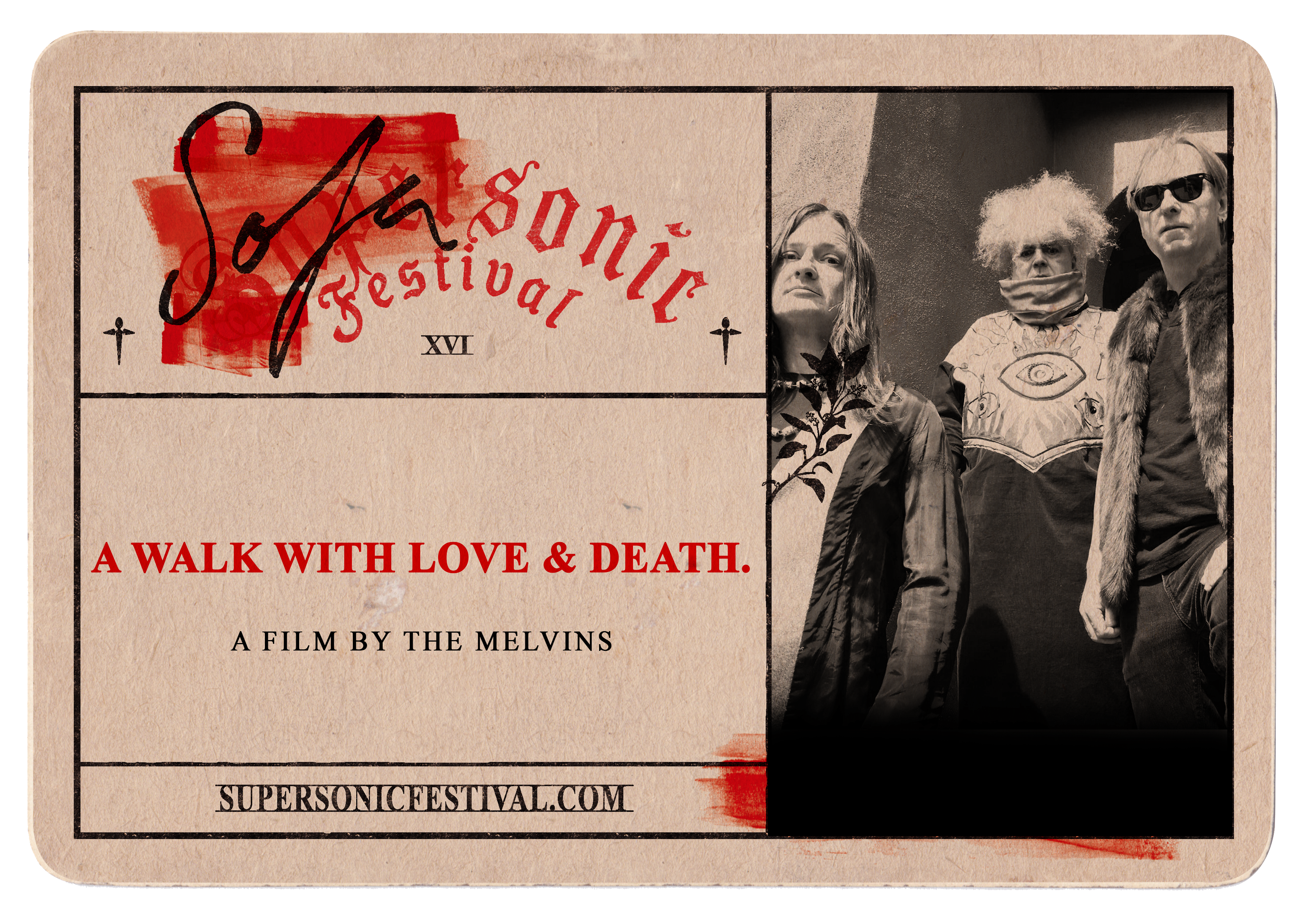 A premiere screening of “A Walk With Love & Death.” – a film directed by Jesse Nieminen & Buzz Osborne, The Melvins and created to go along with the soundtrack that they made BEFORE they made the movie… you keeping up?! Everything is backwards here.

A few years ago Melvins created a double album A Walk With Love And Death. The first record was a “normal” Melvins album and the other was a soundtrack for a movie that didn’t exist.

It gave the band the opportunity and freedom to compose a soundtrack the way they wanted, without any interference from any pesky film directors or producers. So the record got released and they pretended there was a movie to go along with it – even though there wasn’t.

A few months later, Buzz got together with his long-time buddy, Jesse Nieminen, and they compiled found & archive footage they had lying around and got to work making this movie.

“It was a blast! Jesse is a video genius. That fact along with both of our wacky taste quickly turned into the movie version of A Walk With Love And Death. During the process Jesse and I realized we were capable of looking at slow moving footage for long periods of time. Remembering that will help you enjoy our vision. We also used a lot of kick ass animation my wife Mackie did. The end result is a beautiful and funny 33 minutes.”

Music by The Melvins.