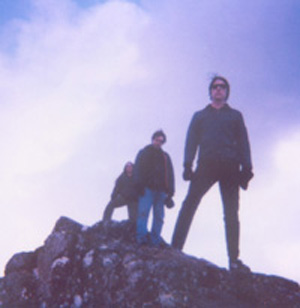 Have you heard of them? This two guitar, one drummer,
instrumental band is insane. The Champs are heirs to a long lineage
beginning with Thin Lizzy and ending on the divergent ground of
Carcass, Pussy Galore and Kraftwerk. Hailing from San Francisco,
the sole aim of the “Kings of the Insanity Sound” is to set the
audience soaring high on the wings of sorrow.

Featuring former members of The Nation of Ulysses, Hydrox, the
Young Ginns, Taildragger, and The Event.
http://www.thefuckingchamps.com/

In a musical era dominated by manufactured pop/metal and bleeding-heart
emo depressives, Exploder enter the foray to bring melodic brutally
heavy metal to the masses and inject some much needed rock ‘n roll
spirit back to the dancefloors.

Birmingham based techno metallers Bede and Baul form the duo that is
NOG. Playing extreme downtuned technical instrumental metal inspired by
bands such as Meshuggah, Cynic, Dillinger Escape Plan and Phil Collins,
NOG aim to completely crush your face in with extreme metal power. Or
at the very least confuse you a bit.