Due to the global health concerns related to Covid-19 our team is working from home.
We are very grateful to those of you that want to support us by buying merchandise but be aware that you may not receive your items for up to 14 days.
Back to 2011 Line Up
This is an archive item from Supersonic 2011 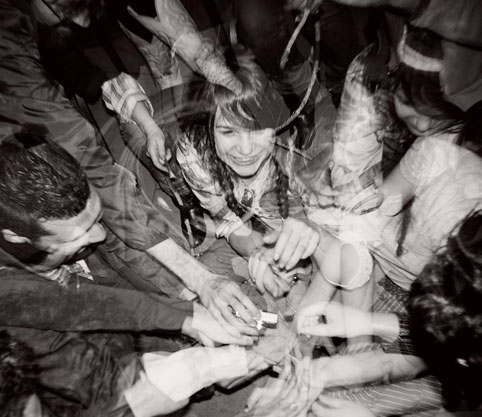 After the success of our first Supersonic Kids Gigs in 2010, we return with another programme of big sounds for little people!

Tickets  will be £10 for 1 child +  1 adult and available from www.macarts.co.uk

As well as performing at the main festival, Lucky Dragons and The Berg Sans Nipple will be performing a special Supersonic Kids Gig this year, exploring experimental music aimed and kids and their families.

Lucky Dragons’ performances put the audience at the heart of the show, and encourage participation with the artists and with each other. Playing together whilst engaging with new sounds. The artist duo regularly conducts workshops to find new ways to engage people in experimental sounds

The Berg Sans Nipple is Lori Sean Berg and Shane Aspegren. The former is a suave Frenchman from the dirty rues of Paris, the latter hails from the dusty plains of Nebraska. Two drums, synths, samples, a ton of percussion and vocals hardcore kids gone gamelan, caught in devastatingly beautiful melodies and a mind bending rhythm section.