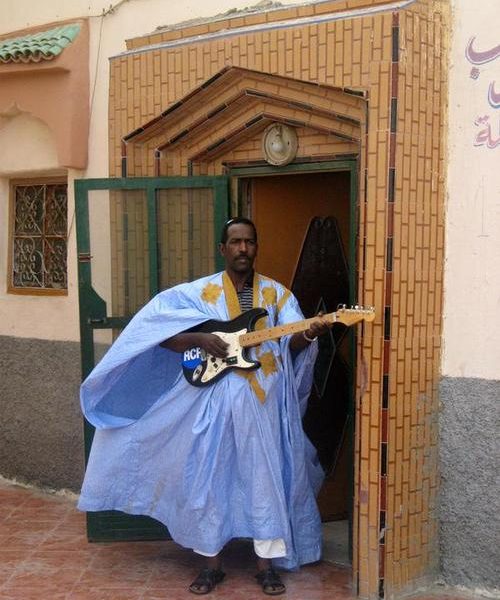 A Qu Junktions Production
supported by Sound and Music

Sublime Frequencies travel the globe, digging deep for overlooked and forgotten music, looking for artists and groups that move their souls, and making strong connections with musicians and music lovers wherever they go. Folk and pop musicians are sought out, documented and released on the Sublime Frequencies record label, capturing ultra-vivid sights and sounds from rural life and urban street. Radio broadcasts, field recordings and lost archives are also assembled into CD and vinyl releases, all presented in a genuinely thrilling and unabashed style. This tour follows in that tradition. Street-level folk-pop, over-driven psychedelic meditations, desert blues and Syrian party bangers are all combined with films and DJs on this once in a lifetime Sublime Frequencies tour experience.

This is first ever Sublime Frequencies Tour. It brings to the UK two live acts who have released albums on the Sublime Frequencies label; Group Doueh (from the Western Sahara) and Omar Souleyman (from Syria) plus Sublime Frequencies DJ set and on certain dates Sublime Frequencies film screenings and talks. Sublime Frequencies are presenting some of the greatest expressive music in the world with only one agenda in mind: that it needs to be heard or seen, respected and recognized. This is a rare opportunity to see the two maverick and genuinely great groups from vastly different traditions and influences playing on the same bill.

Representing the label for the tour are Alan Bishop, Hisham Mayet and Mark Gergis. Bristol based Qu Junktions are the producers. This is an artist run enterprise bringing music and culture and messages together in a high spirited and infectious way.

Group Doueh are led by the enigmatic guitar hero Bamaar Salmou, who is known simply as ‘Doueh’ (pronounced: ‘Doo-way’). They are from Dakhla, in the Western Sahara. The group’s sound is unlike anything that you’ve ever heard before. It is a sound that is rooted in the traditional foundations of Sahrawi/Hassania music, but one that is also entirely its own. It shares its roots with the neighbouring styles of Mauritanian music, however Group Doueh have managed to transcend the classical limitations of that music with a fiery, independent, and avant approach that incorporates a distinctly pop and rock element that is anomalous in the region. This is a sound that can only come from the land that inspired it. This is the sound of the Sahara desert. It is a searing, meditative, and hypnotic modal sandstorm of note clusters that has been cathartic to anyone who has heard it.

Omar Souleyman is a musical legend from Syria. For the past 15 years, he and his group have emerged as a staple of folk-pop throughout the country, having issued more than five-hundred studio and live-recorded cassette albums which are easily spotted in the shops of any Syrian city.
Hailing from the rural North-eastern city of Ras Al Ain, Souleyman began his musical career in 1994 with a small group of local collaborators that have been with him from the start. The group tirelessly performs concerts throughout Syria and has accepted invitations to perform abroad in Saudi Arabia, Dubai and Lebanon.

Sublime Frequencies
“The label is a collective of explorers dedicated to acquiring and exposing sights and sounds from modern and traditional urban and rural frontiers via film and video, field recordings, radio and short wave transmissions, international folk and pop music, sound anomalies, and other forms of human and natural expression not documented sufficiently through all channels of academic research, the modern recording industry, media, or corporate foundations. Sublime Frequencies is focused on an aesthetic of extra-geography and soulful experience inspired by music and culture, world travel, research, and the pioneering recording labels of the past.”