Merch orders made on and before Wednesday 16th December will be delivered before Christmas.
Our office then closes for a Christmas break so orders received between 17th Dec - 11th Jan 2021 will be shipped out week comm. Monday 11th January.
Back to 2009 Line Up
Sat 25th July 2009
This is an archive item from Supersonic 2009 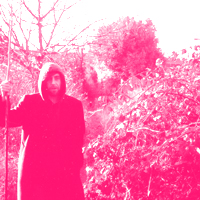 Skullflower – UK
To the uninitiated, Skullflower is one of the better-known bands that originated in the early 1980s power-electronics / noise scene, and one of the few to achieve any real recognition outside their homeland, especially in the United States . Unlike most of their contemporaries (such as Whitehouse, Con-Dom, Grey Wolves, etc.), they are an actual band (as opposed to one or two musicians employing a mix of instruments, synths, and tapes), and retained just enough of rock’s basic structure to attract the attention of people beyond the power-electronics genre.

Skullflower’s roots are in the European power-electronics / noise scene taking place in the early 1980s. A number of experimental musicians and bands who had grown bored with punk began experimenting with a more confrontational brand of volume-dependent artistic expression. Bands like Whitehouse, Final, Napalm Death, Con-Dom, Throbbing Gristle, The Grey Wolves, and the like were pushing the boundaries of sonic assault, employing damaged synths, guitar noise, unsettling tapes, and extreme volume to confront audiences. Swiping a page from punk’s DIY manual, most of them were also releasing their own material (and in some cases, the material of a great many others) on cassette and (when they could afford it) vinyl, to be sold at shows or by mail order.