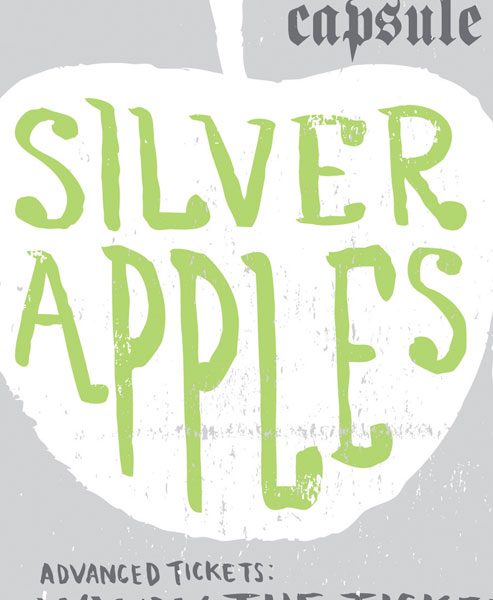 An electronic/psychedelic duo formed in 1967 in New York City. They originally consisted of Simeon Coxe III (who played a custom home-made synthesizer known as the “Simeon”) and Danny Taylor (drums). The duo split in 1970. The group was reformed in 1996 by Simeon and new drummer Xian Hawkins. Danny Taylor returned to the band in 1998 and the band toured and recorded as a trio until 1999 when Simeon was injured in a car accident. The band returned to making music in 2006, but without Taylor, who died in 2005.

Contrasting the flowery psychedelic rock music of the late-1960s, Silver Apples created an avant-garde sound based on little more than a homemade synthesizer (named the Simeon after their lead singer – Simeon) and an extensive drumkit.
Silver Apples created what are now widely regarded as the first rock-orientated albums to utilise electronic techniques. The pulsating, droning rhythms of the oscillators, backed by Taylor’s repetitive, free-form drumming, pre-dated the similar sounds made by Krautrock acts such as Can and Neu! by a couple of years, and the records later became a huge influence on such bands as Suicide, Spacemen 3 and Stereolab.