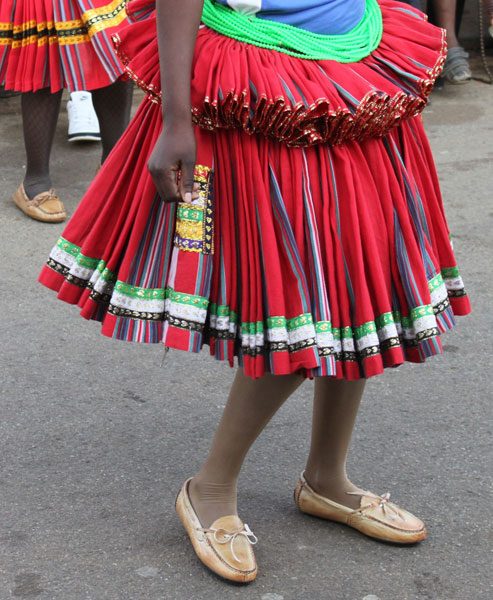 The high-speed dance phenomenon from South Africa has risen from streets into clubs and venues all around the globe. The creation of charismatic producer Nozinja, this is a very contemporary product of Africa. Based in Soweto, Nozinja saw the chance to update Shangaan music for the 21st Century; replacing its traditional bass/ guitar instrumentation with midi- keyboard sounds and repitched vocal samples from rave anthems. Propelled by jacking four-to-the- floor beats and trademark drum- fills, the sound quickly became a hit at weekly street parties in Soweto, with young and old competing to show off their moves to this dizzyingly fast music, which can reach speeds of up to 188 beats per minute. The craze soon went viral in Europe and the US via a vast archive of youtube videos.