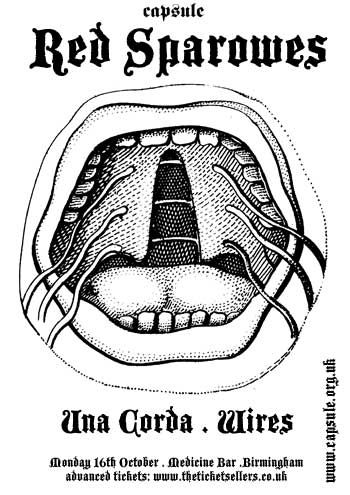 Red Sparowes is epic without bombast, heavy without a single
barre-chord riff and eviscerating without any clearly audible
vocals. The chiming, spindly layers of effect-laden guitars and the
swinging, entrancing drums on its Neurot Recordings debut At the
Soundless Dawn create textures reminiscent of Goblin, Tones on
Tail, Godspeed You Black Emperor and early Sonic Youth. Its attack
is syrupy and serpentine; subtle but frighteningly
deliberate.