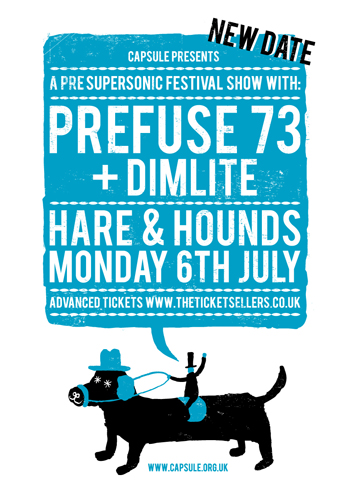 Guillermo Scott Herren is a music producer and artist, born in Miami, Florida and grew up in Atlanta, Georgia. His father is Catalan and his mother is Irish/Cuban. At an early age his parents encouraged him to play piano and other instruments; his mother “forced” Herren to play a wide variety of instruments, even going so far as to teach him the Suzuki Method, in order to “keep him out of trouble”. Growing up, Herren’s musical tastes branched out, and he became interested in hip-hop, punk rock, and electronic music.
www.prefuse73.com