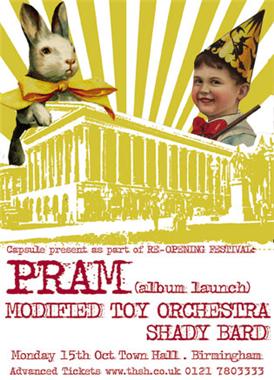 Tickets are £10
buy them here

Town Hall, Birmingham will re-open on Thursday 4 October 2007 with
a two-week festival of events on the theme Celebrating the Past,
Pioneering the Future.