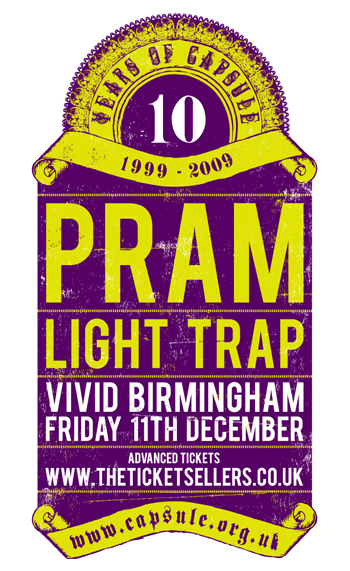 In Association With … is a new VIVID project to provide access to its space and facilities as a platform for social interaction, engagement and critique. It utilizes the history and role of VIVID as an experimental lab through offering an open and versatile environment for thinking and working. The activity and outcomes are completely governed by its users in the creation of an evolving space for production, dialogue, new collaborations and emerging networks. Through the initiative, VIVID wants to encourage risk taking and showcase a wide array of aesthetics from both the city’s vibrant visual, sound and film culture and far beyond.

In Association With … launched in August 2009 with projects from John Hammersley, Jenine McGaughran and Trevor Pitt. This December VIVID are delighted to welcome Capsule for a fantastic series of events to celebrate their 10th anniversary
www.vivid.org.uk