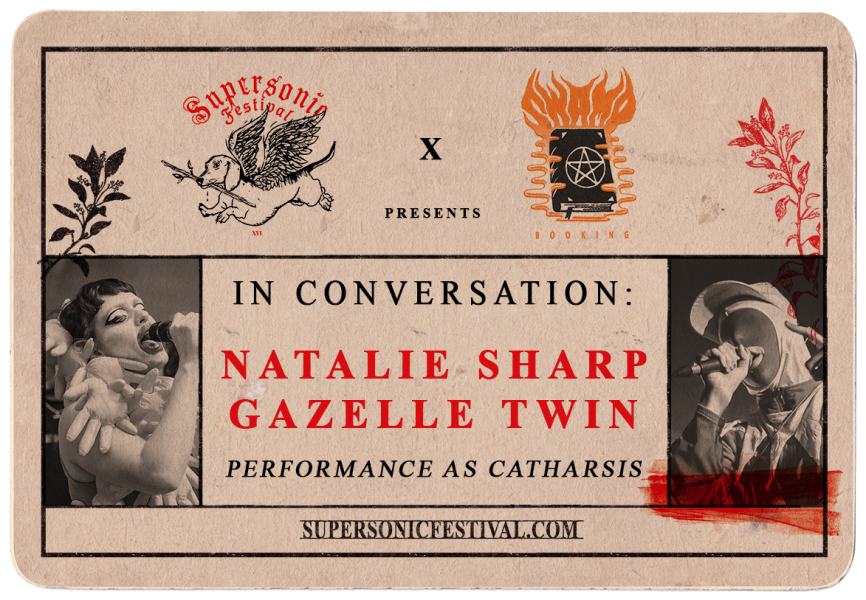 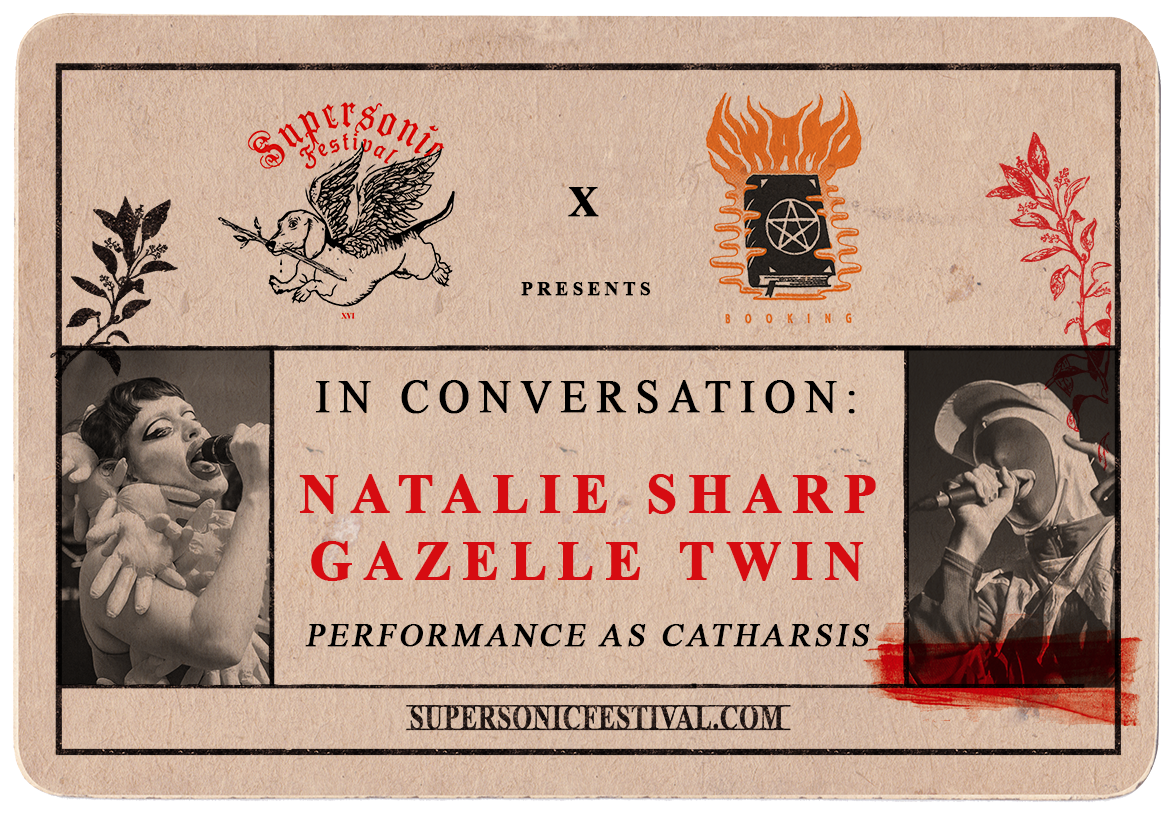 *Whilst these conversations are free to watch we ask, if you’re in a position to, that you please contribute what you can afford. Your donations will help to secure the future work of Supersonic, enabling us to support the artists we host and our freelance team. You can donate by buying our merch or making a donation. 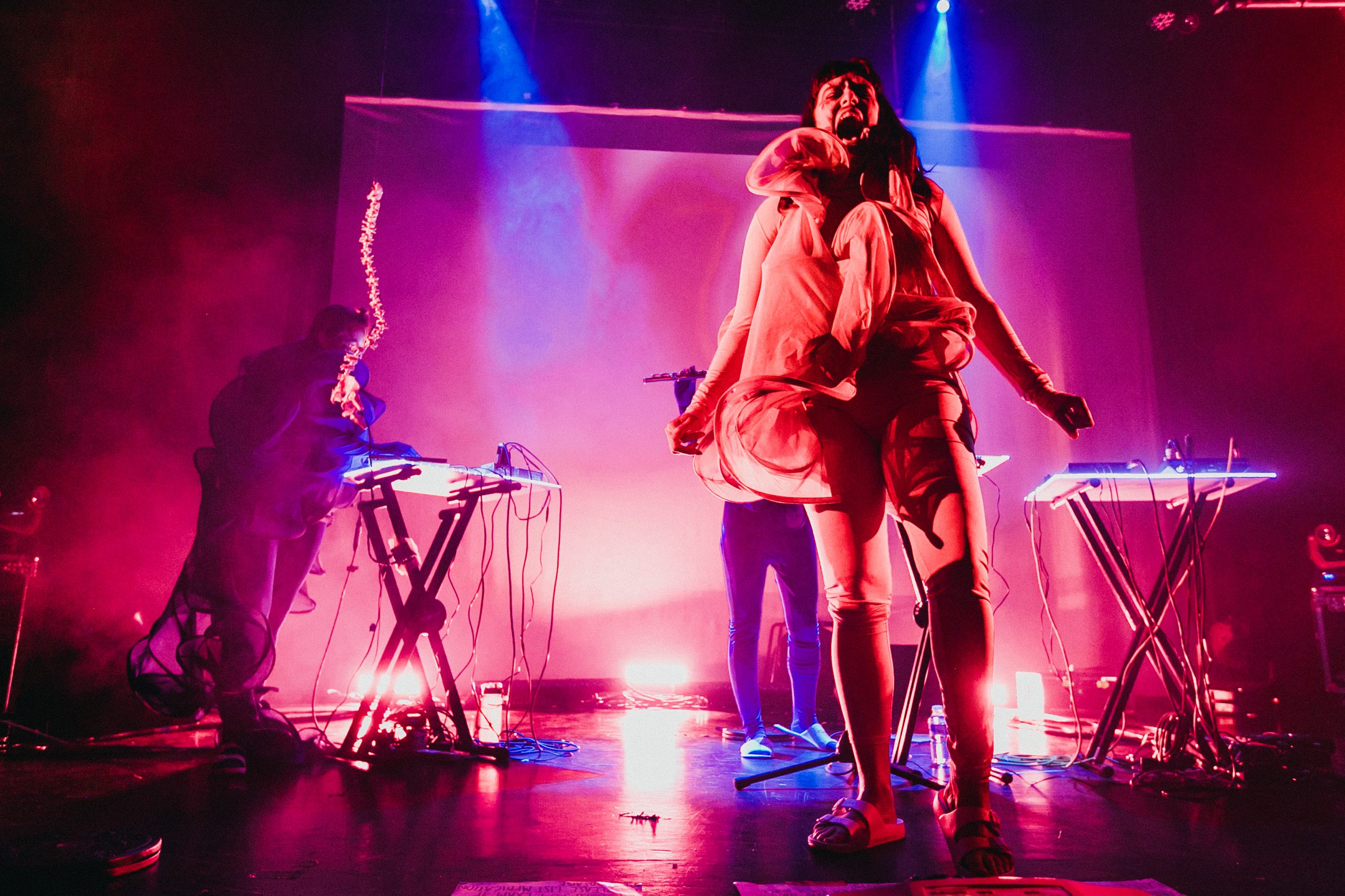 Supersonic was founded and is led by womxn, one of our key aims is to be an inspiring space where womxn, trans and non binary artists who are creating extraordinary new music are celebrated and recognised.

So we’ve teamed up with Swamp Booking, one of Europe’s leading independent agency, to launch a series of talks that amplify the voices and experiences of womxn, trans and non-binary artists who are creating new music. Together, we’ll be exploring how to create a better working environment and a more cohesive scene, sharing wider perspectives first-hand whilst also focusing on more specific topics such as identity, collaboration, and the use of the body in live performances.

Despite some positive trends, gender disparity is still a major concern across the wider music industry. For example, PRS for Music’s membership remains heavily skewed towards men, with only 18.4% of members identifying as female. In 2019, the top 10 female songwriters/composers in the UK generated 67% less revenue via PRS for Music compared to their top 10 male counterparts. This revealed that women, even at the top of their field, receive less opportunities than men for their music to be heard and performed.

With this in mind, together with Swamp, we kick off our first talk of this wider series on Friday 13 November (we’re not superstitious here) and turn up the mics of producer, composer and artist Elizabeth Bernholz – the genius behind Gazelle Twin and cosmic-creator Natalie Sharp aka Lone Taxidermist. This panel entitled Performance as Catharsis will be hosted by journalist, Jasmine Ketibuah-Foley. 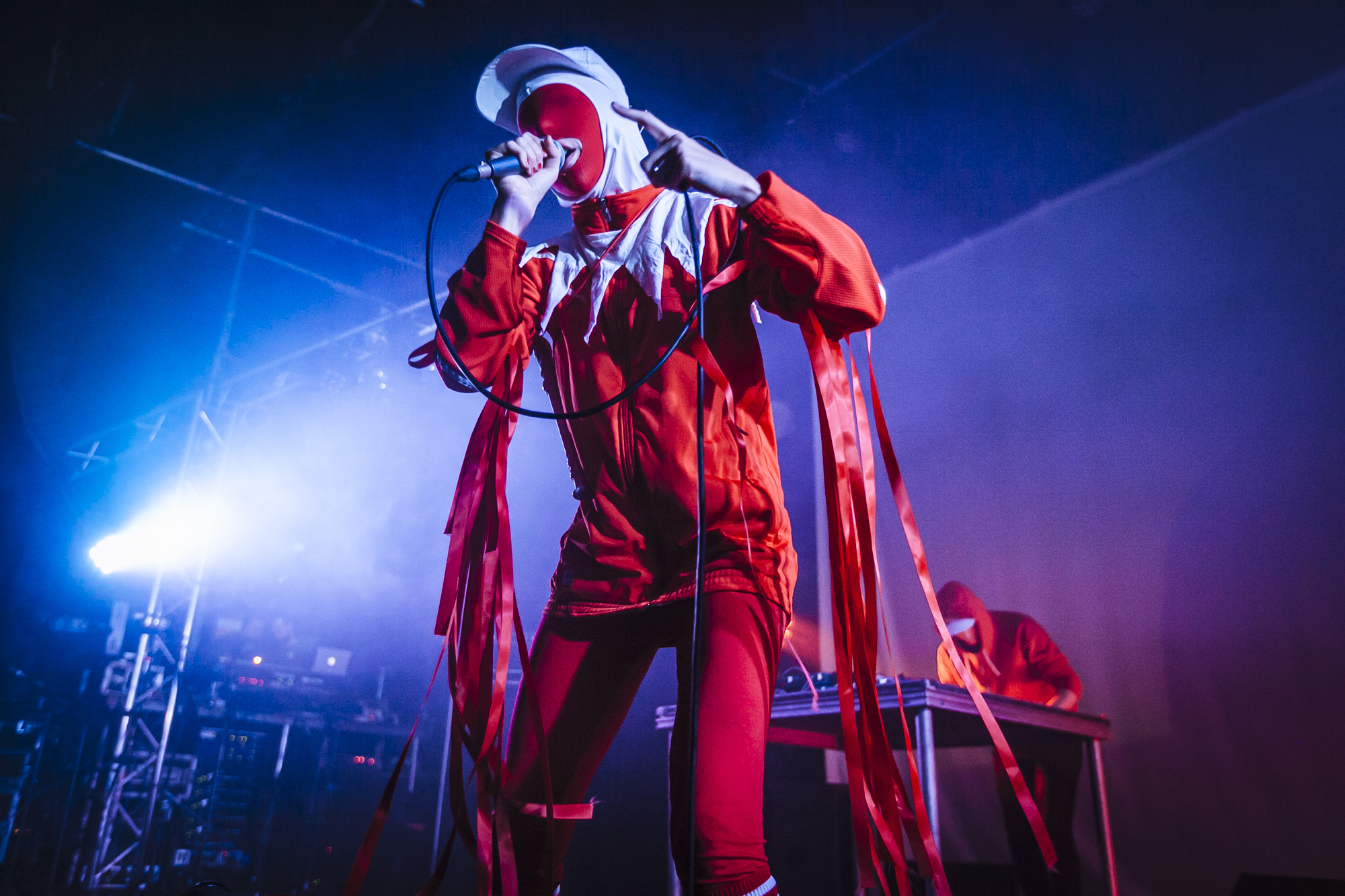 So, what is performance as catharsis? From the most primitive relics we find examples of the link made by humans between music and the body. Since ancient times, music has served many ceremonial functions, ranging from tribal circumcision to marriage and death. The ancient Egyptians depicted scenes of instrumental performance, illustrating their belief that music accompanied the body to its final meeting with the gods. They recognised not only that music was created and performed by humans, but that it would assist them to transcend their bodily confines after death.

During this talk we’ll hear how two boundlessly creative artists use the physicality of their bodies as a tool for musical self-expression and how they incorporate costume in live performances. Let’s get you acquainted with them both…

Supersonic veteran, Natalie Sharp aka Lone Taxidermist is known in equal measure for her cosmic synth creations and otherworldly costume designs. Sharp is a disabled artist at the forefront of a new wave of underground musicians, creating immersive worlds for their audiences to participate in. Often working in non-conventional settings, she challenges existing frameworks and expectations whilst exploring issues around gender and sexuality, pain and the body. She effortlessly blends stagecraft with costumes, graphic art, video making, face paint, vocal technique, remixing and DJing, pushing the parameters of live settings.

Swamp Booking is a booking agency representing bands from across the globe in Europe, UK and Latin America.
Swamp Booking was founded by Riccardo Biondetti in Berlin in 2012. Since its foundation, Swamp has grown to become one of Europe’s leading independent agencies, promoting some of the most cutting edge artists in rock and experimental music and paving the way for new and compelling acts. Nowadays, Swamp Booking is well known in the music community for the consistency and diversity of its roster, and for having a finger on the pulse of the underground.