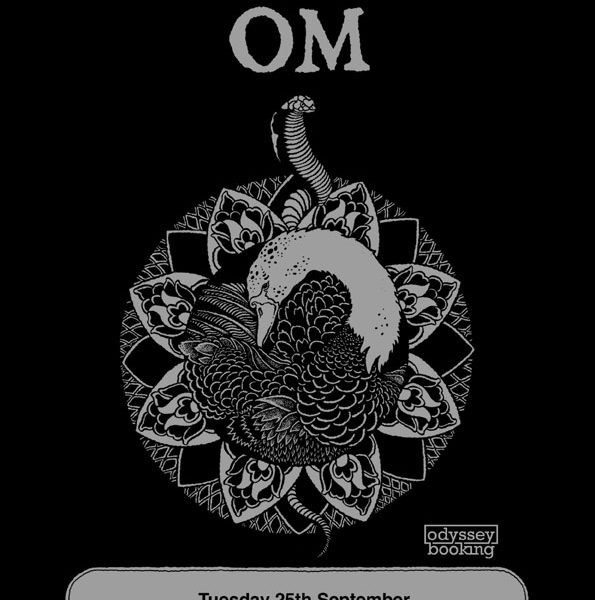 OM formed in 2003 when former Sleep members Al Cisneros and Chris Hakius began to play again after a six year hiatus. The two began rehearsing without the addition of guitar or other instruments. OM’s first three albums feature Cisneros (bass/vocals) and Hakius (drums).

We’re very pleased to announce that tuba duo ORE will support, adding to the abstract doom theme of the night.

They have recently released their first EP ‘Beyond Tree and Stone’, which can be purchased digitally via http://oretubadoom.bandcamp.com/