Merch orders made on and before Wednesday 16th December will be delivered before Christmas.
Our office then closes for a Christmas break so orders received between 17th Dec - 11th Jan 2021 will be shipped out week comm. Monday 11th January.
Back to 2019 Line Up 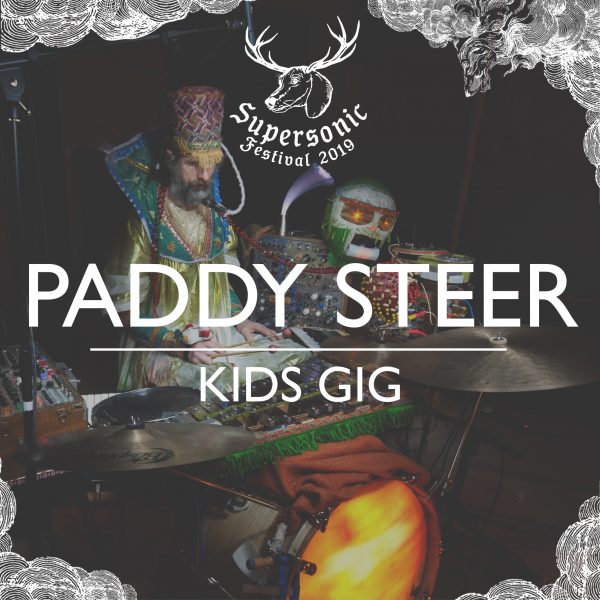 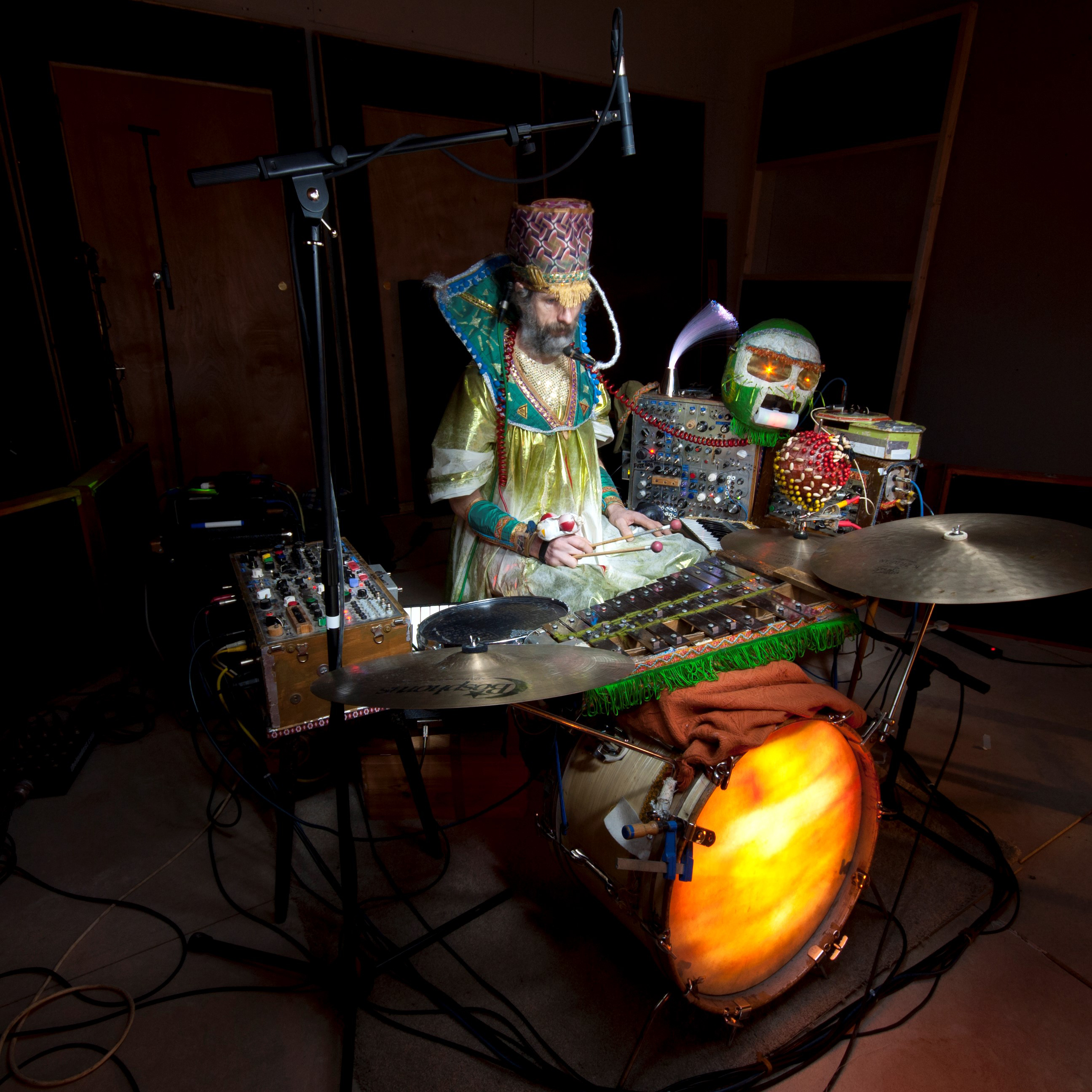 Supersonic Kids Gigs are designed as a way of introducing children to experimental music – big sounds for little people! This gig takes place as part of the 15th Supersonic Festival, and Little Earthquake’s MoonFest – celebrating the 50th anniversary of the moon landing.

Join us to celebrate discovery and exploration in adventurous music led by the Superspecial, extra-terrestrial Paddy Steer. His wild, live shows err daringly on the frontiers of chaotic abstraction, expression and focussed blunder. From behind an array of stacked musical instruments, the artist gargles through a vocoder with his xylophone, all a-clatter under disco lights and doilies. This promises to be a wildly adventurous voyage into the unknown realms of music and art – space exploration fancy dress is strongly recommended although not essential!

Recommended for children under 10.
All children must be accompanied by an adult.

Tickets are available here from the MAC. 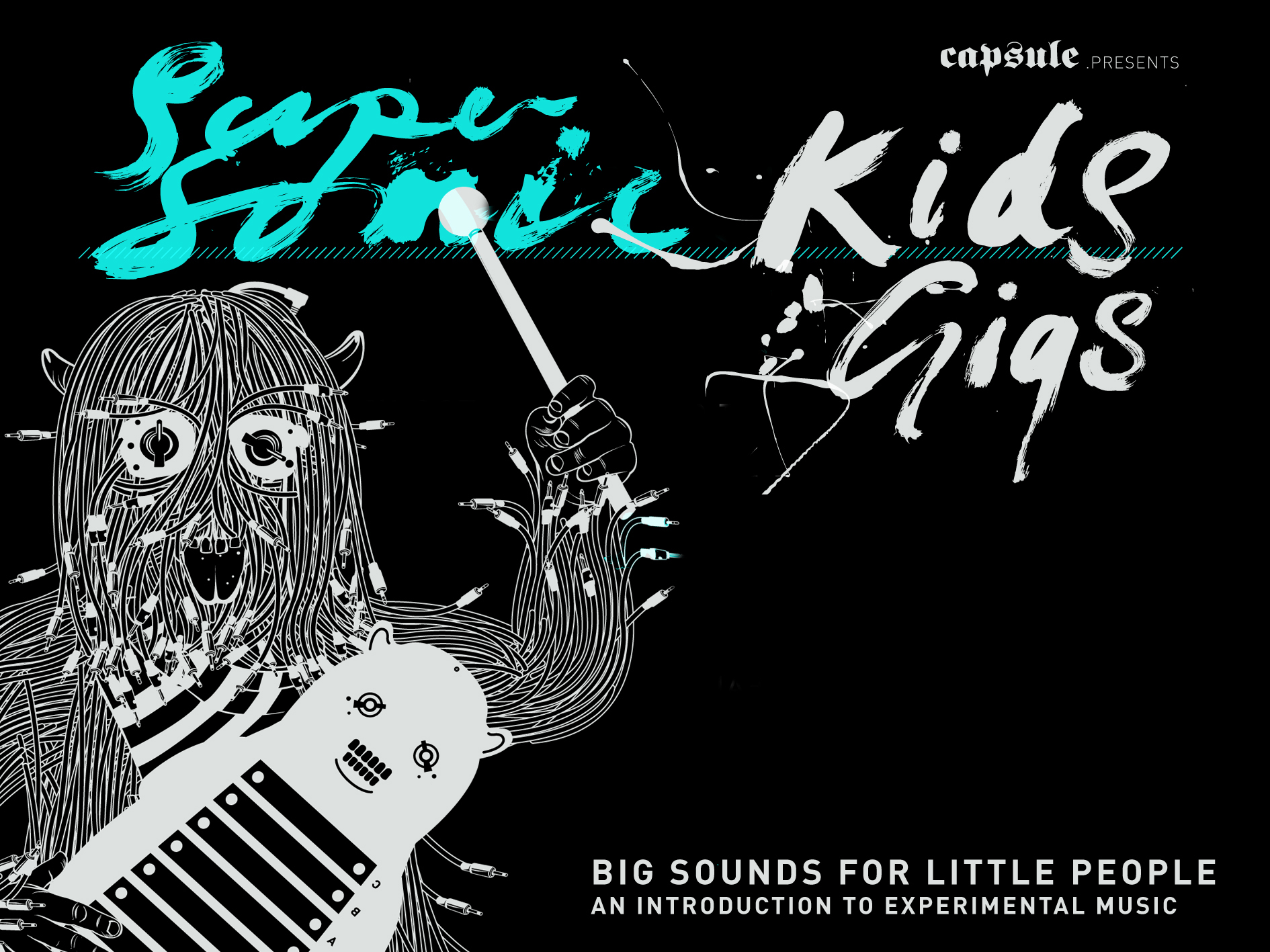 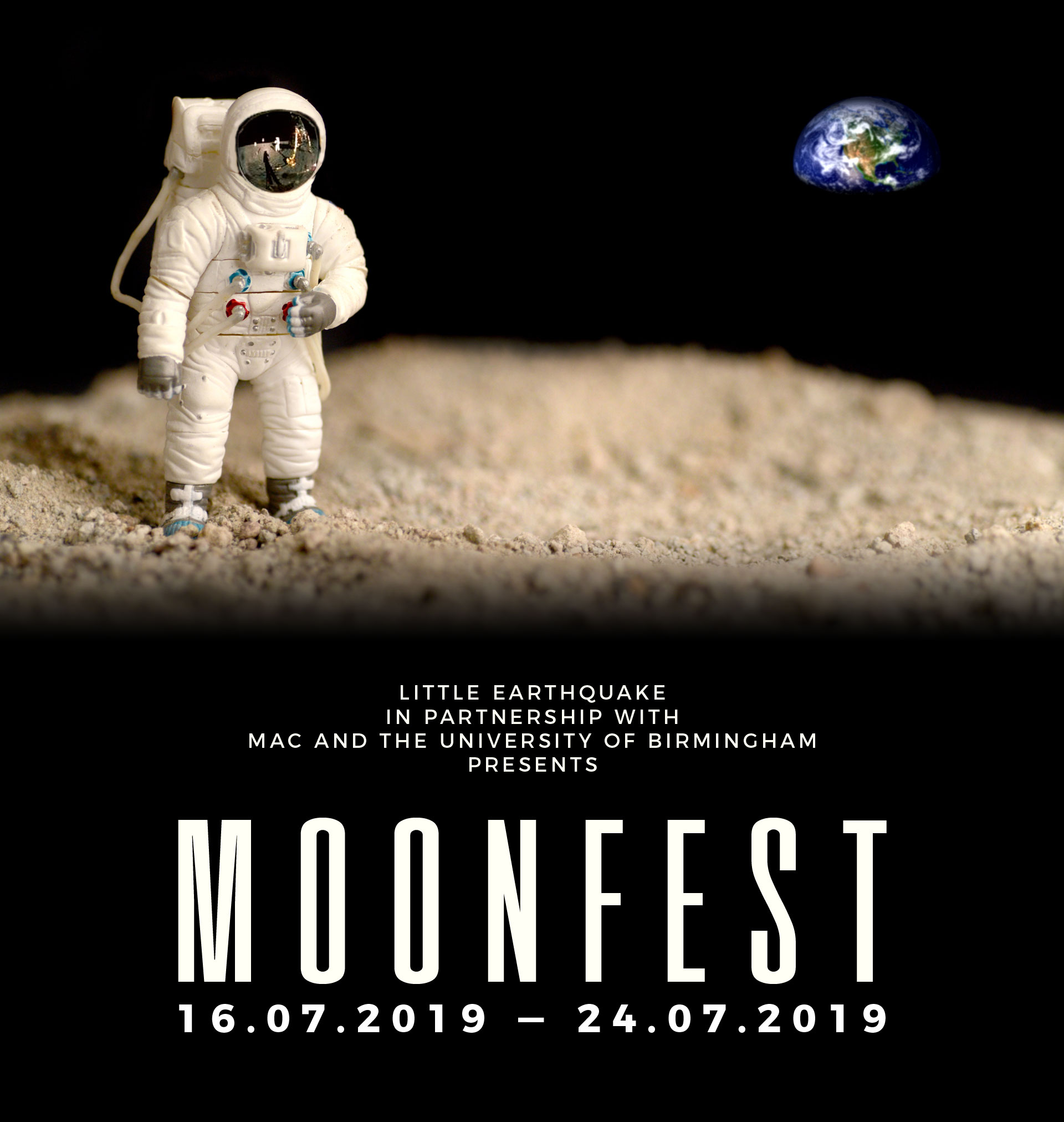 50 years after the Apollo 11 moon landing, MAC Associate Company Little Earthquake is joining forces with Midlands Arts Centre and the University of Birmingham to celebrate this special anniversary in spectacular style. MoonFest is a nine-day programme of moon-inspired events, performances, screenings and activities created with artists, academics and audience members.