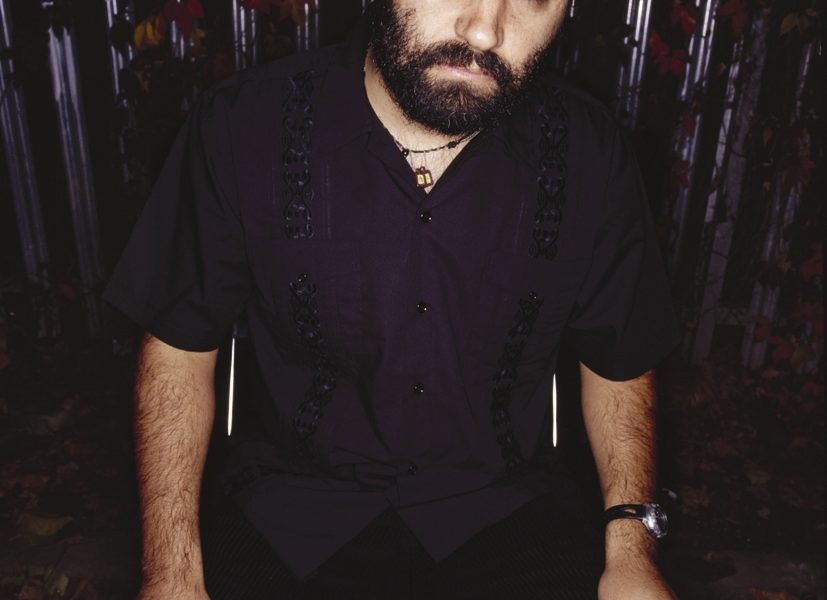 A new suite of music composed by the esteemed Mexican electronic composer Murcof, who has released three highly regarded albums on the Leaf Label. This will be a dream opportunity to hear Murcof’s distinctive hybrid of brooding electronics and classical sound sources enriched by live strings in a synchronised visual environment.

This special commission allows Murcof to find full integration between all the elements in his sound, whether acoustic, analogue or digital. Strings, pixelations, sound files, brass, digital sweeps, woodwind and video beams become a single whole in this new audiovisual composition. Murcof will allow the unique qualities of acoustic instruments to mix with microbeats and vast digital atmospherics, letting tracks shift and mutate in a minimal environment. This will be an immersive experience. More than anyone else, Murcof knows how to make blend these elements seamless together to move his audience. Peaceful, intense and limitless.

To begin the evening will be the joyous and free display of tuba virtuousity by the incredible solo performer Oren Marshall. Using a bank of electronic effects, he is able to twist the tuba’s sound into new and wonderful shapes.
Murcof’s music is an integrated sound – wholly digital and of his age, his control of timbre is organic and his atmospheres are overpowering. There is a timelessness to his music that absorbs the listener, drawing them deeper into his sound world. A laptop that can create a melancholic maelstrom. His ear for detail and undulating tempos as well as his sense of space are heightened by the themes of life, death and eternity that his work touches on. Composers such as Arvo Pärt, Henryk Górecki and Giya Kancheli are all suitable comparisons.

Murcof’s time working with artists and dance companies led him to develop a taste for 20th century classical music. His musical background runs the gamut from acoustic rock to experimental multimedia, and now he is one of the forefather of minimalist electronic compositions. Murcof has collaborated with choirs, the pianist Francesco Tristano, Erik Truffaz, Talvin Singh (with whom he releases an album later in the year), and video artist Saul Saguatti at the Geode IMAX in Paris. He has performed and created installations in churches, opera houses, castles and in the world’s leading Planetaria. He has now scored three feature films, including the forthcoming La ‘Sangre Iluminada’ (Enlightened Blood). This will be his first full UK tour.

Oren Marshall is a pioneering player of acoustic and electric tuba who straddles classical, jazz, improvised, and world music scenes. He has collaborated with the likes of Derek Bailey, Keith Tippet, the Pan-African Orchestra and the London Philharmonic. He makes his instrument sing, whoop and feedback like Hendrix did his guitar – it is that exhilarating an experience.

As a solo artist, Oren continues to explore strategies for extending the tonal range of the tuba and opening up a new vocabulary for his instrument. This groundbreaking solo work led to a nomination for the BBC Innovation in Jazz award with his composition ‘Introduction to the Story of Spedy Sponda; pt1: In a Silent Room’. Intended as a composition in five parts, Spedy Sponda provides a matrix for Oren’s continuing development of possibilities for solo acoustic/electric tuba. He takes the audience on a kaleidoscopic, and often humorous journey through uncharted musical terrain.