Due to the global health concerns related to Covid-19 our team is working from home.
We are very grateful to those of you that want to support us by buying merchandise but be aware that you may not receive your items for up to 14 days.
Back to 2012 Line Up
Fri 19th October 2012
This is an archive item from Supersonic 2012 The Warehouse 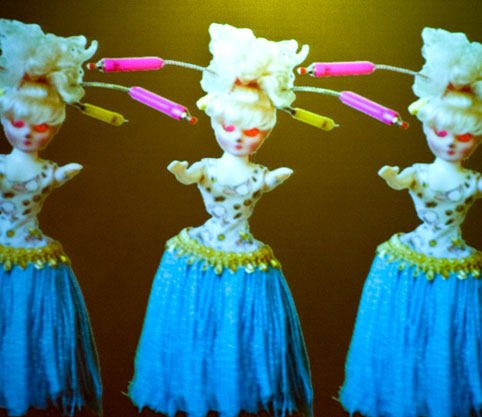 Modified Toy Orchestra explore the hidden potential and surplus value latent inside redundant technology; a process creating sophisticated new electronic instruments from abandoned children’s toys.  They have been at the forefront of a worldwide underground movement called circuit bending, which involves rescuing children’s electronic toys and converting them into new strange and wonderfully sophisticated musical instruments. Taking them apart, they find new connections hidden within each toys circuit that reveal new sounds, thus exposing the surplus value of redundant technology.  Toys are reassembled, including switches and dials with which to control this surplus value. The results of this process can be shockingly beautiful, funny and also extreme.