Due to the global health concerns related to Covid-19 our team is working from home.
We are very grateful to those of you that want to support us by buying merchandise but be aware that you may not receive your items for up to 14 days.
Back to 2011 Line Up
Fri 21st October 2011
This is an archive item from Supersonic 2011 Space 2 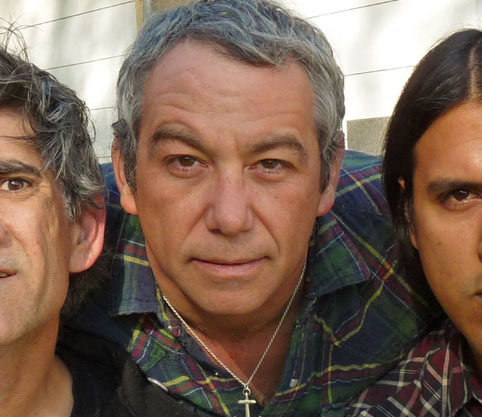 Mike Watt is a u.s. bassist/composer/performer who’s home is in san pedro, california. he first got attention as a founding member (along w/d. boon) of the minutemen in the early 1980s. since then he was in fIREHOSE, dos and many other solo bands as well as a sideman bassist for porno for pyros, j mascis & the fog and currently (since 2003) iggy and the stooges. “hyphenated-man” is the third of what he calls punk rock opera due to them being album-long pieces put together in parts. the first one, “contemplating the engine room” dealt w/the story of the minutemen using his father’s life in the navy and the second one “the secondman’s middle stand” used parallels to dante’s “commedia” to deal w/an illness almost that almost killed him. opera number three takes on watt in moment, where he is in his life now and how he feels about it using various creatures in hieronymus bosch’s paintings as inspiration and metaphor.

With  on tour this fall in europe are his missingmen tom watson (guitar) and raul morales (drums) who also were involved in the recording, the first release on his new label clenchedwrench.