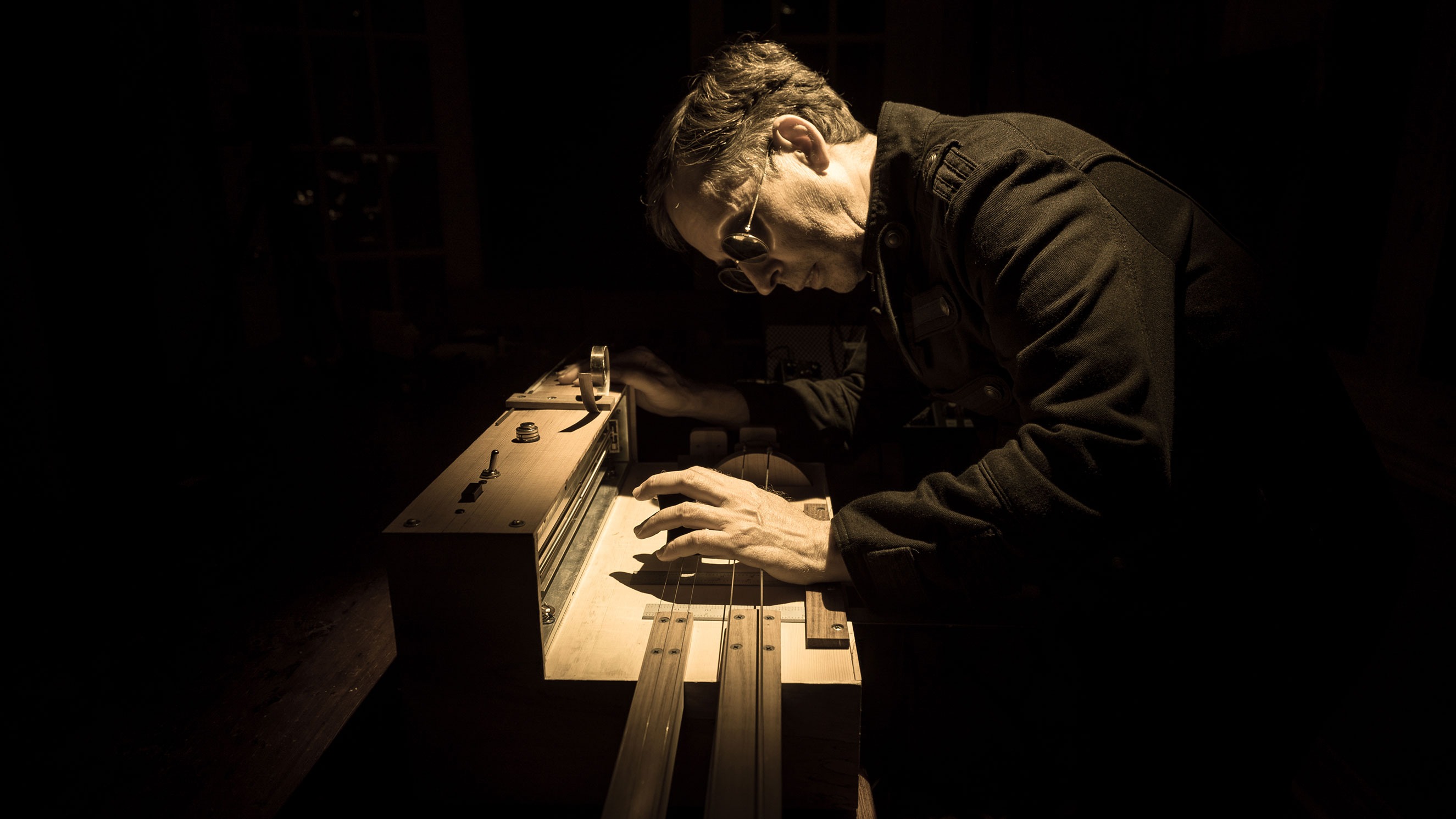 “Among the night’s engaging performers was The Apprehension Engine”. – New York Daily Times on the Under the Veil festival

Mark Korven is a Toronto based composer for film and television. He is best known for his work on the 2016 period Horror film THE WITCH, for which his composition has received great acclaim along with the box office success.

His award winning scores are spine- chilling and atonal, employing obscure instrumentation from hurdy gurdys, nyckelharps and creaking fiddles. His creation of discordant, ghostly qualities send tremors through the heart, utilising feverish cues and pauses with intelligence and to a remarkable effect.

Now Korven and Tony Duggan-Smith have teamed up to create a musical instrument specialising in horrifying sounds: The Apprehension Engine. It is this haunting device which Mark brings to his first UK performance, chilling Supersonic audiences this summer.