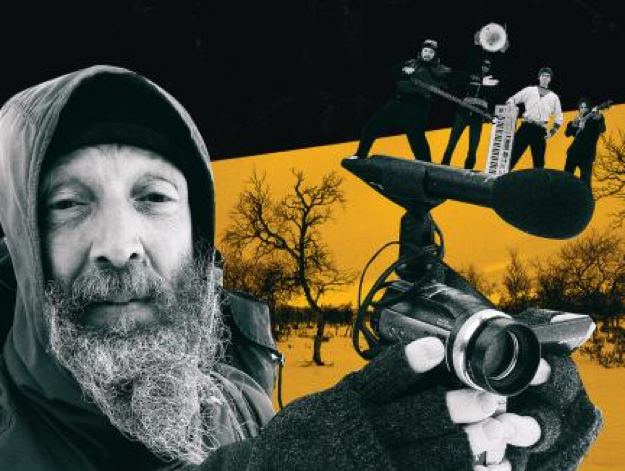 Esko Lönnberg has left his middle-class job in Sweden and returned to his hometown of Pori, Finland. Now he has taken up filmmaking. His first project is a film about the rock band Circle.

The film follows Esko Lönnberg who is making a film about the rock band Circle. Lönnberg, a 59-year-old HVAC manager, left his job in Sweden and returned to his hometown of Pori, Finland, to pursue his artistic desires. In Pori, he found kindred spirits in the local experimental
band Circle whose members are half of his age. The shooting for the Circle movie mostly takes place in the countryside where the band is recording their next album. The circumstances turn out to be chaotic, but Esko tries to keep the crowd together, even though he does not know himself if he is going to end up with fiction or non-fiction – and problems ensue. Disagreements disappear, however, when the gang gets together to share sacred moments
around the dinner table, to watch sports on TV or to play in the recording room, where Esko captures everything essential and unessential on video while the band plays. When filming the musicians in action, Esko almost becomes part of the band. He throws himself into the music with his whole body and does not pay much attention to what his instrument, the video camera, is recording. In spite of some discord and even heated tones, the making of the
Circle movie radiates an air of friendship. It ties the crowd together, regardless of the weight of each individual performance. In the end, the greatest rewards seem to be the work itself and the shared experiences. The vocalist of Circle, Mika Rättö, is virtually the only one in the band to show interest in Esko’s film project. The making of the film indeed falls mostly on their shoulders. Besides being an account of filmmaking, “Man with a Video Camera” is a film about the significance of choices in life and their consequences.

This screening accompanies a special performance by Circle at Supersonic Festival 2011.