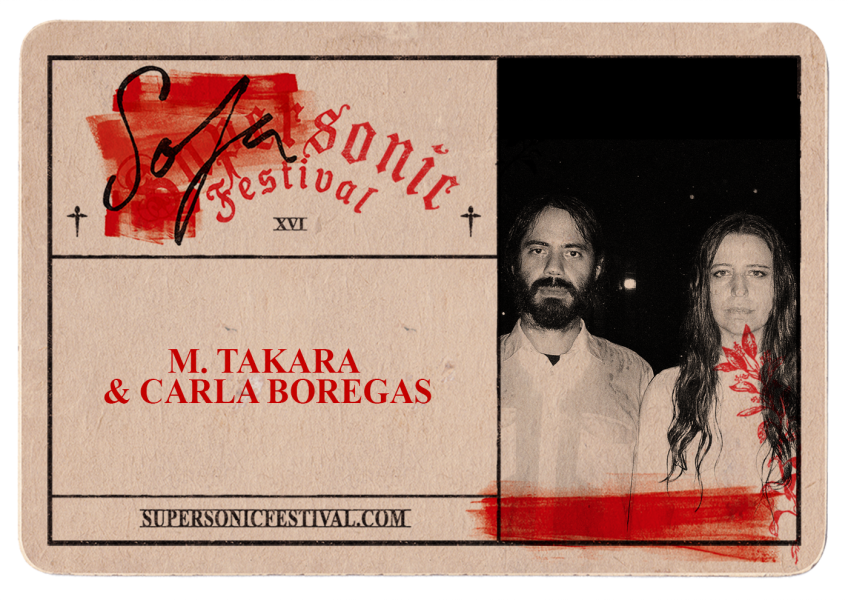 An experimental, psychedelic duo made up of Brazil’s underground finest.

From São Paulo, Mauricio Takara connects drums and percussion with synthesizers and electronic effects, exploring the more abstract as well as melodic side of rhythms and percussive sounds. He is joined by musician Carla Boregas, who is known as the bass player of the ritualistic pysch-band Rakta, who were due to perform at Supersonic Festival this year.

The two have been playing together for over 2 years now and have just recently released their first record as a duo called “Linha D’Água” (Desmonta Disco – BR / Bokeh Versions – UK). Together they create a truly collaborative sound, filled with more abstract improvisations as well as more grounding moments, where often Mauricio´s drums are triggering Carla´s synths, and she is sculpting the rhythmic melodies that he’s playing, adding layers of density and soundscapes.