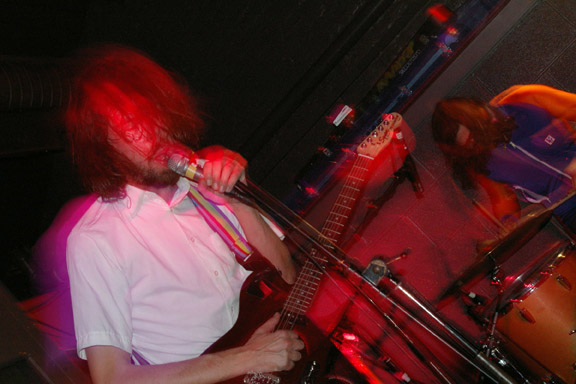 “There are very few bands around at the moment that possess the
kind of wit, imagination and guts to make sure that every time they
release a record it sounds nothing like their last. Thank God,
then, for Liars” – Pat Long, NME

Drum’s Not Dead, the band’s third album and the follow up to
2004’s They Were Wrong, So We Drowned was partly inspired by a
relocation from New York to Berlin. It finds the band taking
another seismic step forward, switching continents and seizing new
musical territory. It’s also their finest and fullest album to
date, shredding all past reference points.


Formation Flight
Interwoven guitar driving rhythms and heart felt vocals combine to
make what
is known as formation flight. Although playing together for a
number of
years only recently after the decision was taken to enlist a full
time
vocalist Thomas Wagstaff (mynameislegion, Knives, Death of a
Champion) has
the step been taken to enter the live realm. Other members also
include Alex
(deadsunrising, shards of narsil, frost), Labran (deadsunrising,
solway
fifth), dave (spine), and pezza.