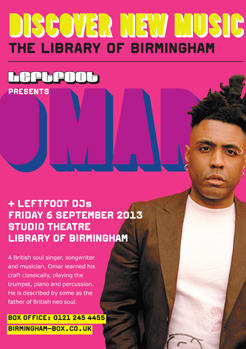 A British soul singer, songwriter and musician, Omar learned his craft classically, playing the trumpet, piano and percussion. Making albums since the early 1990s, his work is often compared to Stevie Wonder’s work of the 1970s. He is described by some as the father of British neo soul.