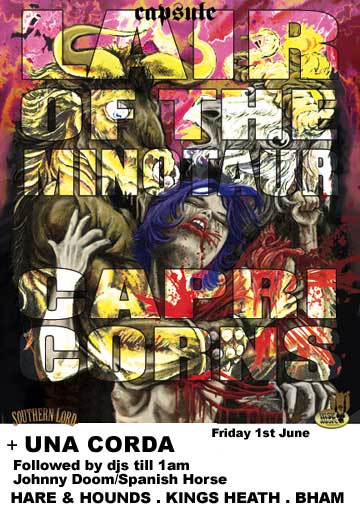 Lair Of The Minotaur combine the sounds of legendary old school metal bands like Celtic Frost, Venom and Slayer with the relentless bombast of High On Fire to create a crippling sound. Joined by the London based behemoth known as Capricorns, featuring four men  currently or previously involved in projects as disparate as Iron Monkey, Orange Goblin, Bridge and Tunnel, The Dukes of Nothing…the list goes on. While the original impetus never went much beyond “does it slay?” the music has developed over the past two years into a heady mix of bone crushing brutality and dark, subtle beauty that has won over fans of the heavy arts worldwide.