Due to the global health concerns related to Covid-19 our team is working from home.
We are very grateful to those of you that want to support us by buying merchandise but be aware that you may not receive your items for up to 14 days.
Back to 2011 Line Up
Sat 22nd October 2011
This is an archive item from Supersonic 2011 Old Library 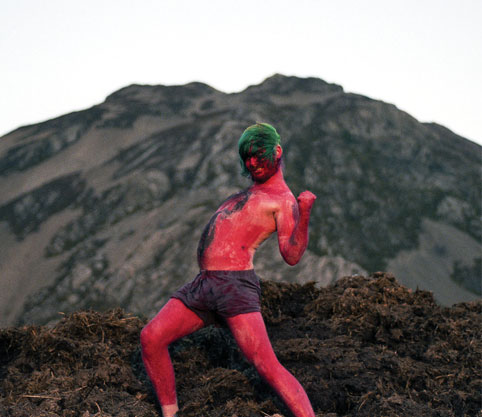 Klaus Kinski (the band) are 5 lazy people from the North Wales coast and one man from Bury. They have 2 bent guitars, a goth Bass, fur Singer and 2 Drummers (one good, one bad). They currently fart about in Manchester where they like to annoy sound men and the general public by playing the most obnoxious and abrasive music possible at ridiculous volumes, usually half naked and soiled. AnkstMusik, the legendary Welsh independent label responsible for Datblygu and Gorkys Zygotic Mynci signed the band back in 2009 to release 2 7″ records and their debut album ‘Skelington Horse’, which found a fan in Jean Herve Peron of legendary Krautrock group Faust who invited the gits to play at his annual Avant Garde Festival in Shiphorst, Germany this year. Since then the band have played up and down the country too much and just want a cup of tea.