Merch orders made on and before Wednesday 16th December will be delivered before Christmas.
Our office then closes for a Christmas break so orders received between 17th Dec - 11th Jan 2021 will be shipped out week comm. Monday 11th January.
Back to 2014 Line Up
Sun 1st June 2014
This is an archive item from Supersonic 2014 Second Stage 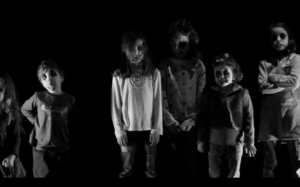