Merch orders made on and before Wednesday 16th December will be delivered before Christmas.
Our office then closes for a Christmas break so orders received between 17th Dec - 11th Jan 2021 will be shipped out week comm. Monday 11th January.
Back to 2012 Line Up
Sat 20th October 2012
This is an archive item from Supersonic 2012 Old Library 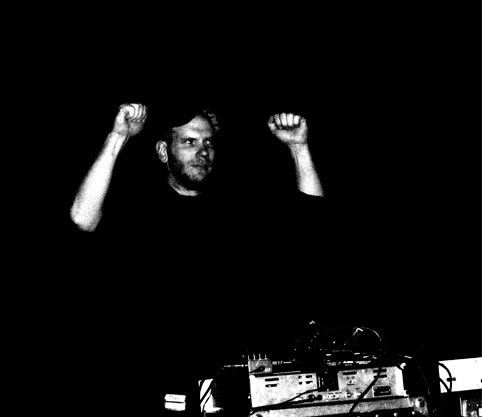 “If someone commissioned you to write a history of noise music in the last 20 years and not mention Kevin Drumm, you’d have to reject the offer. Since the mid-90’s, Drumm has recorded for almost every experimental label you can think of, from Erstwhile to Mego to Hanson, and played with almost every experimental musician you could namedrop, from Jim O’Rourke to Lasse Marhaug to Aaron Dilloway. Most importantly, he’s made every sound imaginable. Primarily with guitar, but also synthesizers and laptops, Drumm has created his own musical universe in which no sonic stone needs to go unturned.” The WIre