Due to the global health concerns related to Covid-19 our team is working from home so we cannot send out non-ticket orders in the coming weeks
We are very grateful to those of you that want to support us by buying merchandise but be aware that you may not receive your items for up to 3 months.
Back to Line Up
Supersonic 2020 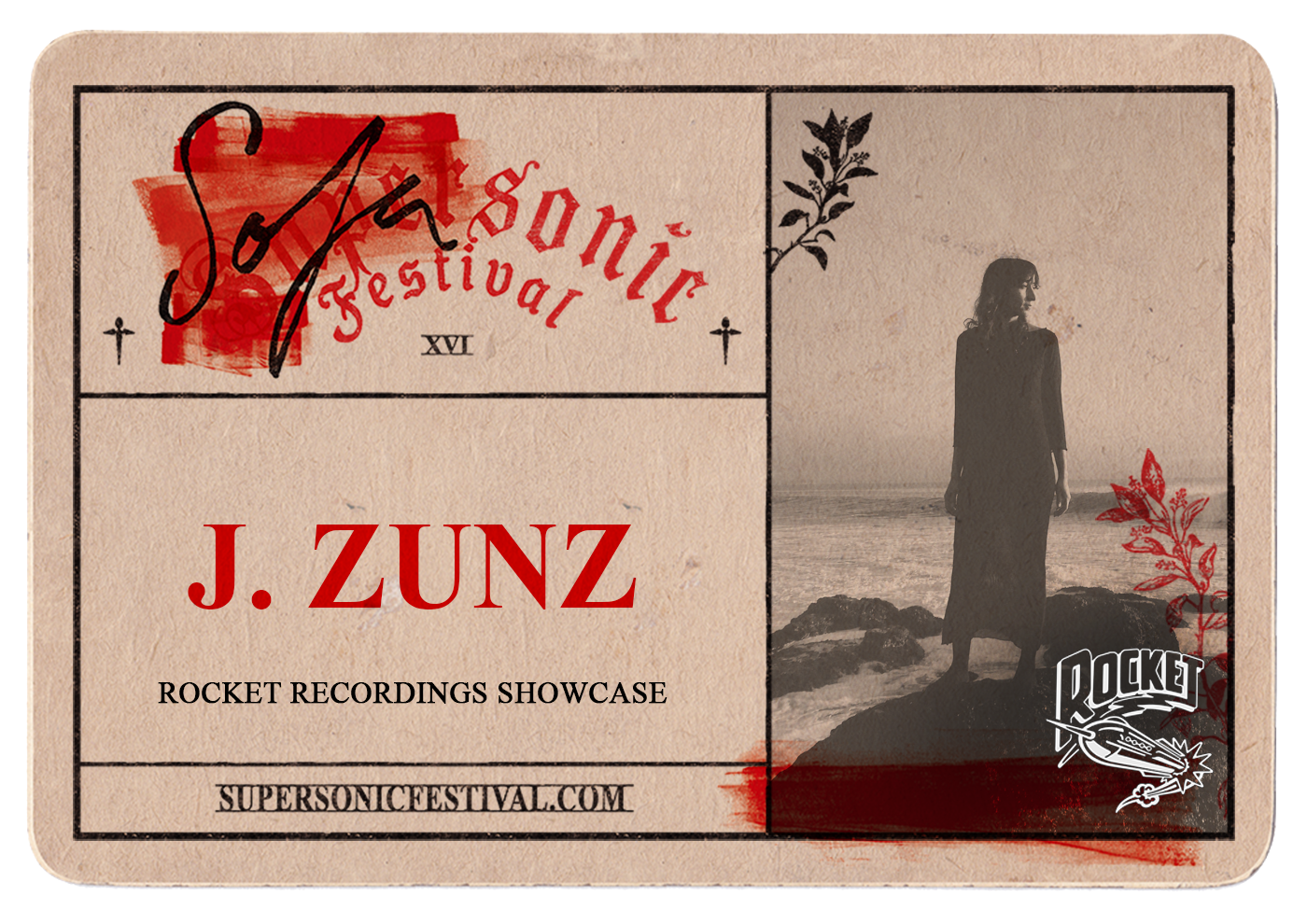 For Sofasonic, we will premiere a brand new track by J.Zunz, the new solo project of Mexico’s Lorena Quintanilla, titled “Four Women & Darkness”.

Within a thick atmosphere of an experimental post-punk sound, wonky synths and haunting melodies shine through via cold repetitions. Reflective yet ominous, intense electronics rumble like distant earthquakes, but never overpower the more subtle textures, instead working together to create a warm air of hope.

“This song is a story from my grandmother’s childhood. She told me that once during wartime in México in the late 1920’s, she and her sisters were hidden by her grandmother in a little, cold secret room. She hid them there because the militia wanted to search the house. Soldiers used to look for women or girls to rape them or to kidnap them. My grandmother and her sisters stayed there in the dark room for hours until the soldiers left.

For the video, completely filmed during the ongoing lockdown, I asked four close friends of mine to express their own darkness. They all come from different cities and backgrounds. I instructed them with some movements remarking and reassuring the limits of our bodies, which for years have belonged to everyone but us.”

This is set is part of a showcase by Rocket Recordings, who have been releasing uncompromising sounds from some of the great underground bands from Europe and beyond since 1998, shall host a label showcase over the Sofasonic weekend with GNOD & João Pais Filipe “FACĄ DE FOGO”, J.Zunz and Iggor Cavalera (Petbrick).

Rocket have always been a label striving to push music forward and not stand still – a philosophy that is a testament to their 22-year independent existence, and very much shared by Supersonic.

The label were due to host a large Showcase as part of Supersonic 2020, we are very grateful to still be experiencing that, albeit virtually.