As our team are currently working from home, they will be posting out merch less frequently. Please allow up to 14 days for your order to arrive. Thank you for your patience.
Back to Events
Sat 13th March 2021 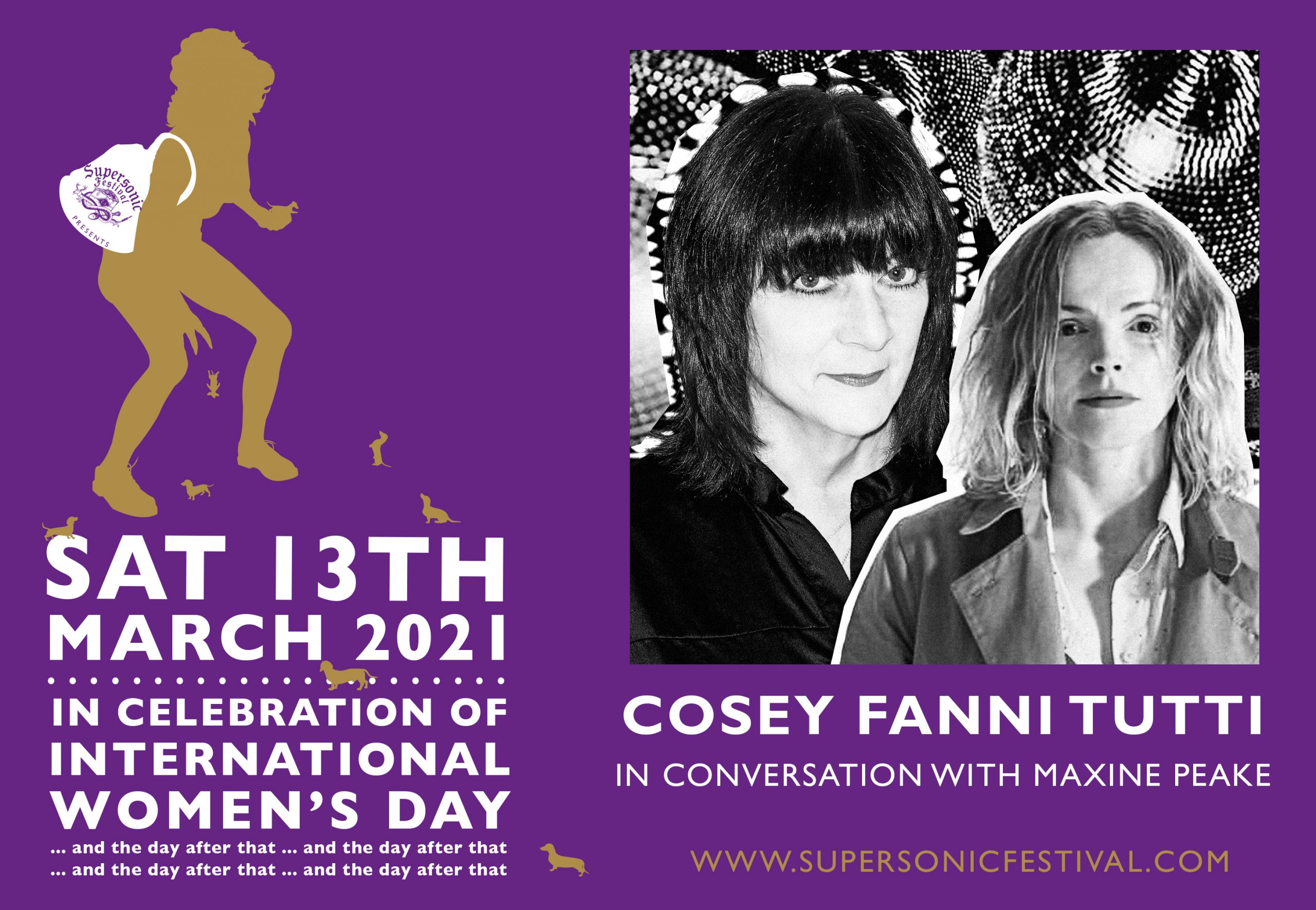 25% of ticket cost will be donated to RSVP, the rape & sexual violence project.

This event will be available to re-watch, pause & rewind for 48hrs once it starts.

COSEY FANNI TUTTI was born 1951 in Hull, UK. Her music and art career began in 1969. She is a respected artist and musician, renowned worldwide for her Art, her work in the sex industry, as co-founder of Industrial music and Throbbing Gristle, and her pioneering electronic music solo and as Chris & Cosey, Carter Tutti and Carter Tutti Void.

Her work includes her seminal Magazine Actions from the late 70s, performances with COUM Transmissions (1971-1976), sound experimentations with Throbbing Gristle (1976-2010, back catalogue re-issues are currently being released through Mute) and continuing musical exploration, solo or under the aegis of Chris & Cosey, Carter Tutti and Carter Tutti Void, comprise Cosey’s diverse and comprehensive practice. 2019 saw the release of TUTTI, Cosey Fanni Tutti’s first solo album release 1982’s Time To Tell and the third and final album from Carter Tutti Void, Triumvirate.

Cosey’s autobiography ART SEX MUSIC was published to worldwide acclaim by Faber & Faber in 2017, a Japanese edition has just been published with translations in French, Spanish and audio book to follow.

MAXINE PEAKE is an Actress, Writer and sometimes Director, born just outside Bolton. Her television credits include leading roles in the series Dinnerladies, Shameless, Room At The Top and Silk. Film credits include The Theory of Everything, Gwen, Funny Cow and Fanny Lye Delivered. Maxine has written extensively for BBC Radio 4 and her writing credits for Stage include Beryl-A love Story on Two Wheels, Queens of The Coal Age and The Last Testament of Lilian Bilocca – who campaigned for better safety in the fishing industry (as part of Hull’s City of Culture celebrations). She recently appeared in Marra! the three-part film series created by Lone Taxidermist.