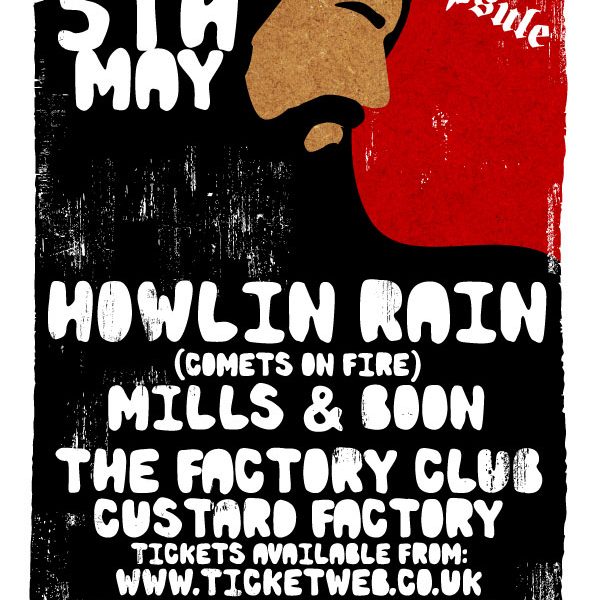 Ethan Miller sprang into the underground rock world with his band COMETS ON FIRE. Comets quickly came to the forefront of what would come to be defined as “The New Weird America”, a movement that darkly combined elements of Folk, heavy psychedelia, free formed existentialism, and atonality. A joyful noise comprises a Comets show, with Miller’s vocals being driven through an echoplex and re-shaped at will by fellow member Noel Von Harmonson. While Comet’s chaotic wall of sound is a feat of architecture and a beloved aspect by the fans, Miller had another voice and musical path calling through the sonic maelstrom.

Review on Drowned In Sound: http://drownedinsound.com/release/view/12947

Mills & Boon
Infamous locals channeling the spirit of Beefheart, creating their own ramshackle brand of rambling psych spazz folk.  They always deliver a stunning live performance that bristles with a chaotic excitement and a sense that anything could (and might) happen, these are the wonderful drunks of times gone by, instruments in hand entertaining anyone they encounter.
http://www.myspace.com/millsandboon