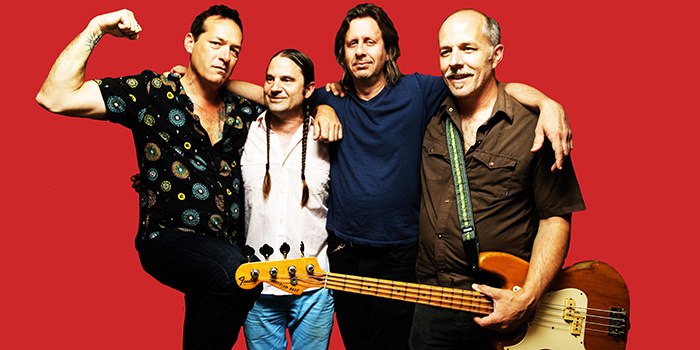 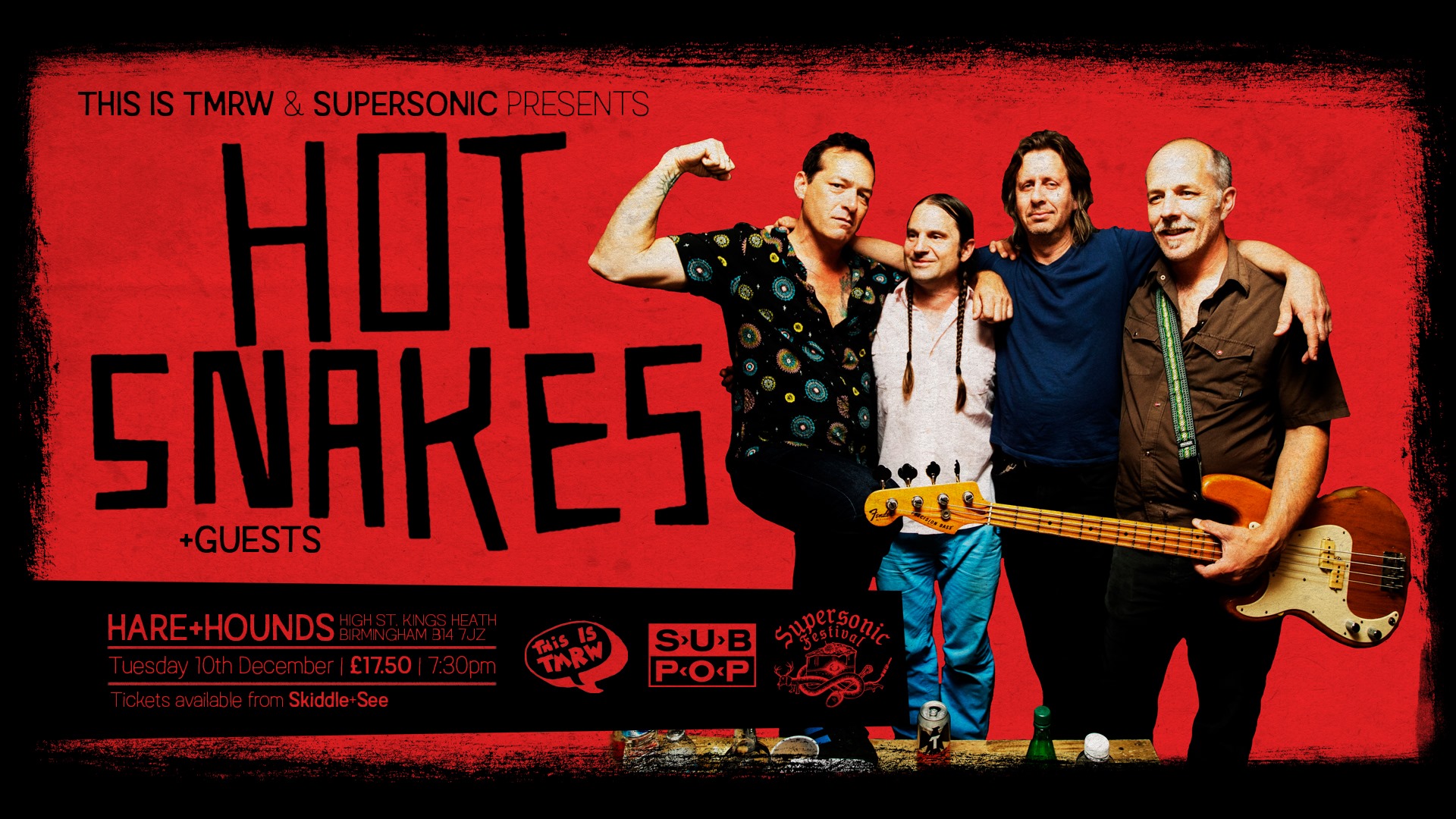 THIS IS TMRW & SUPERSONIC
presents…

Swami John Reis and Rick Froberg have been making noises together since high school. In 1986 it was the post-hardcore chime of Pitchfork. In 1991 it was the sprawling, multi-faceted arrangements of Drive Like Jehu. In 1999 it was the lean, mean swagger of Hot Snakes. Reis and Froberg are responsible for some of the most turbulent rock and roll of their, or any, generation.

Now, after a 14-year hiatus from the studio, Hot Snakes have kicked down the door back into our lives with their new album, Jericho Sirens, due out March 16 from Sub Pop.

Rattle is a drum duo comprised of Katharine Eira Brown and Theresa Wrigley, formed in Nottingham in 2011. They have released two albums on Upset The Rhythm, Rattle in August 2016 and Sequence in November 2018. Rattle’s unusual set up has led to invitations to tour support artists as eclectic as Animal Collective, The Julie Ruin, Zea, Protomartyr, Ex Hex, Black Midi and most recently Thurston Moore Group in the UK and EU. Their double drum rhythms are dubbed and augmented in their live shows by Live Sound Engineer Mark Spivey (Kogumaza), creating a whirling swirl of percussive sound.

Thurston Moore says “Every night we’ve been listening to this amazing drum duo from Nottingham called RATTLE because they’re on the road with us. They have a stark yet deep trance percussion vibe that is both holistic and rocking.” 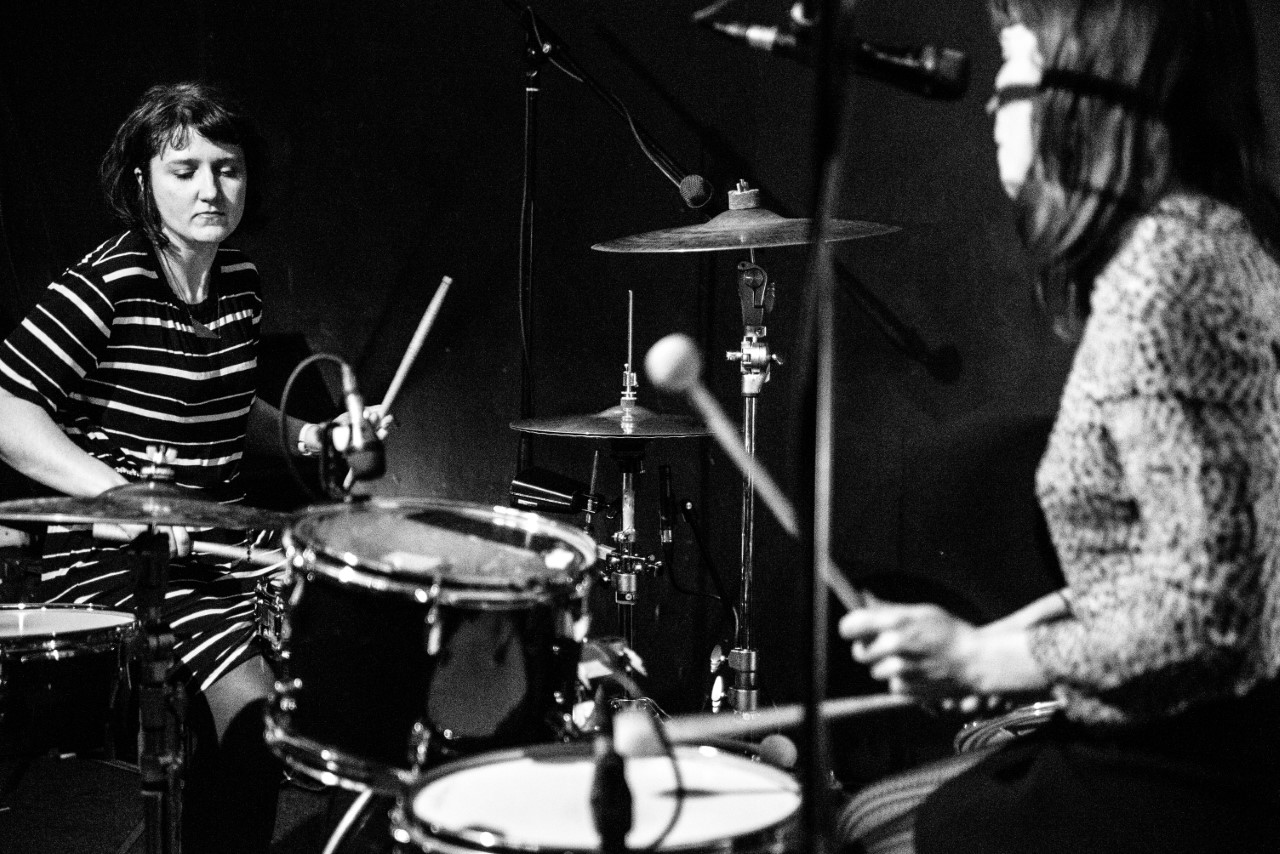